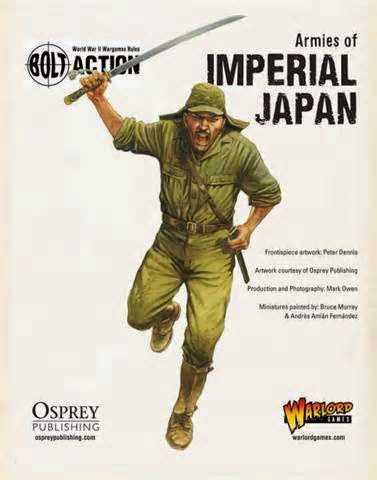 Now that I have finished my Gladiator project (for now) I have moved on to my Bolt Action force. Initially I was going to do a 1000pt German Fallschirmjager Platoon with added Stug G but these have taken a back seat to my whimsical attentions.

My new shiny butterfly moment has included the last week which saw the building, gluing and basing of a large Imperial Japanese Army (IJA) force. I also have enough plastic left over to do a full 3 sections plus command for a Imperial Japanese Naval (IJN) platoon as well, but that will wait a bit. Heroes of Normandie is a new WW2 boardgame by Devil Pig Games.

The time is summer 1944. The Sun shines on Normandie hedgerows (yes, Devil Pig Games call it ‘Normandie’ and not ‘Normandy’ because they are French). Gentle winds blow and the  fields are full of bright flowers, in the background though, the romantic staccato of a machine gun fire and the crump and blast of explosions!.

In these typical Normandie landscapes, thousands of men are about to fight. And die. Bravely like heroes, or cowardly like wussies. We don’t give a shit about wussies! We are only concerned by heroes, those you see in Hollywood Golden Age war movies : “A bridge too far”, “The Longest Day”, “The Dirty Dozen”, “Patton”, “Kelly’s heroes” and, more recently, “Saving Private Ryan”, “Band of Brothers” and “Inglorious Basterds”.

The basic gamestyle allows you to play heroic and play bloody! Heroes of Normandie is a squad/platoon sized game. Opposing forces can be controlled by a pair of players or even multipayer and in the starter game cover German armies on one side and American on the other which are made up of infantry, tanks and of course, heroes. Each unit has its own set of unique characteristics and skills depicted on its token. All can be seen at a glance.

The basic game is further extended by the D-Day expansion pack and with US Rangers and SS Panzergrenadiers giving you more varied platoons and heroes.

We, Who Are About To Die Salute You - Part 2 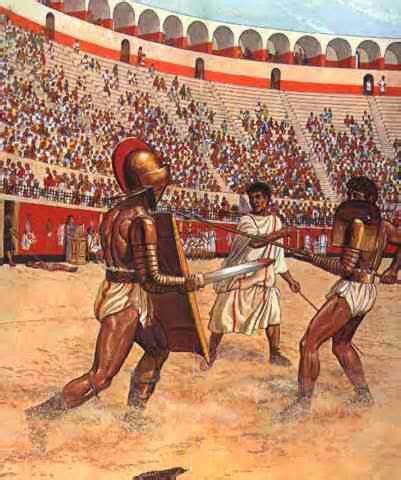 Second and final part (for now) of my fledgling Gladiator Project. Another four Gladiators finished and ready to take to the sands to gain glory and acclaim for themselves and their Ludus. This time we have an Hoplomachus, Murmillo, Retiarius and Velite.

Now these are done I will be moving on to building my Bolt Action WW2 28mm Japanese forces.

We, Who Are About To Die Salute You - Part 1 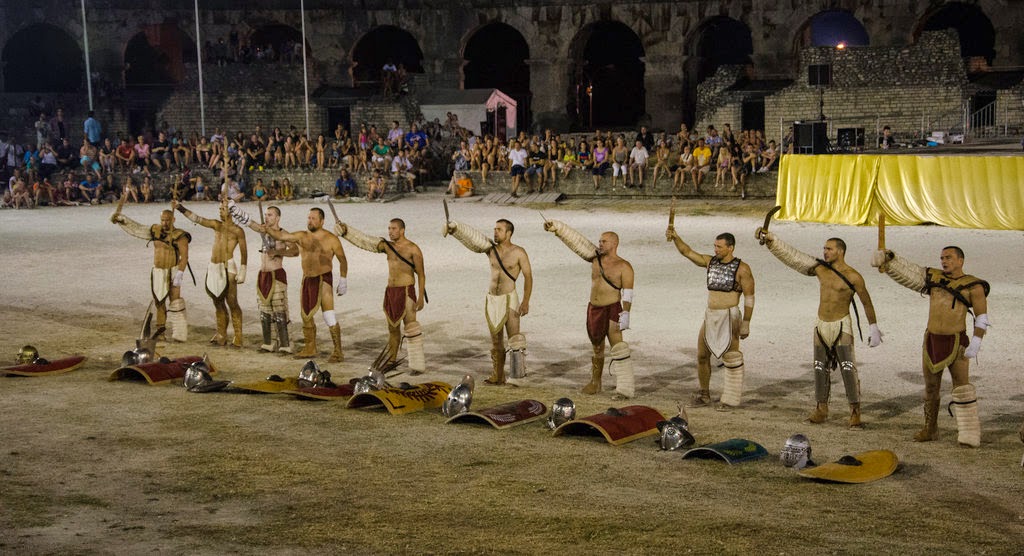 Finally up for show are the first models and game board for my Ludus Gladiatorius project. I have completely finished four Gladiators and the gaming board.

The board was made from 4mm MDF and I glued a load of Heroscape tiles ontop to make the hex grid. A quick trip to Wilkinsons and some sand coloured tester pots later I have a pretty decent board (in my opinion)

The Gladiator miniatures have turned out better than I imagined.

So are you not entertained!!!

Across the Dead Earth Painted Miniatures 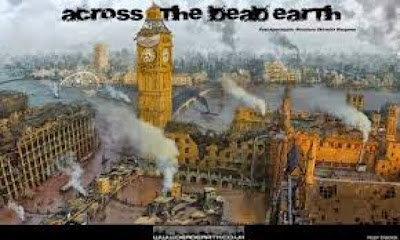 As a few of you will be aware I have been deeply involved in Across the Dead Earth, investing heavily in the recent Kickstarter and registering as a beta tester along side other blogger notaries such as Brummie and Lord Siwoc.

Being involved has allowed us access to early development rules etc and we have had the pleasure of discussing the game with Rich and Mike from Dead Earth Games, adding our input and even having the opportunity to have our own Dead Earth Avatars in the guise of gang members for the State faction (quasi fascist governmental paramilitary)

Another added bonus for being involved was the early receipt of a number of miniatures for another faction - The Family.

Both Brummie and Lord Siwoc have already posted their competed figures and even though I finished painting mine first I have been tardy in my blogging. So without further waffle I present The Family. 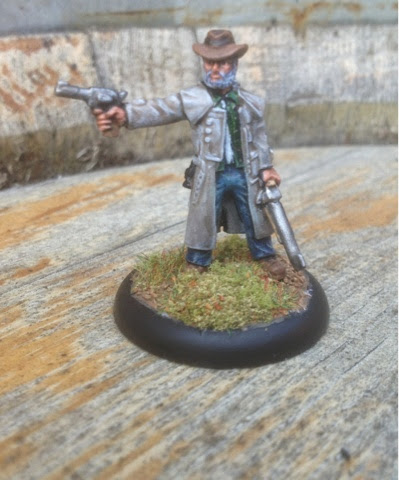 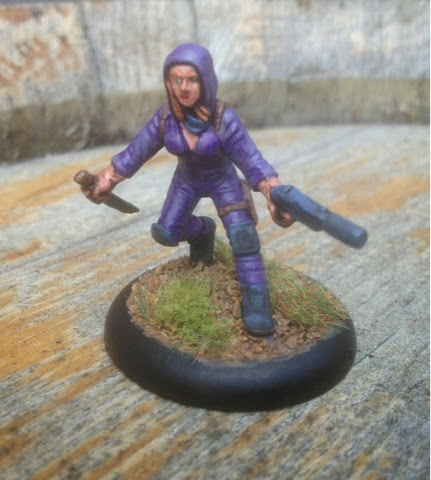 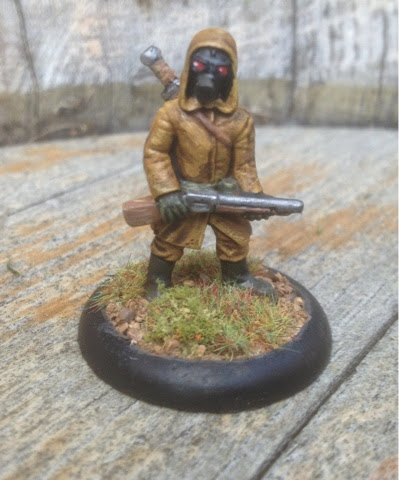 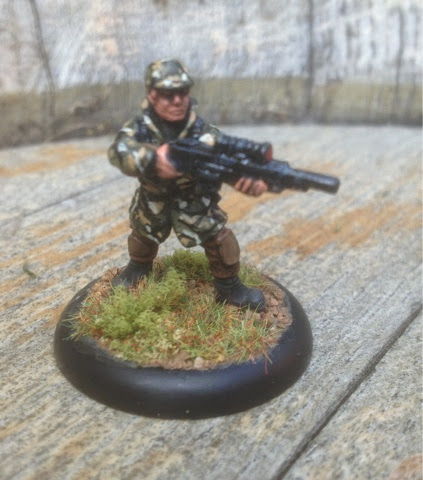 The weekend just gone saw me attend the UK Games Expo, hosted this year in Birmingham at the Hilton Hotel. Being only a short hour and half down the road from Cambridgeshire it was an ideal place and event to visit and another main reason was that for the whole weekend I would be working along side the guys from GCT Studios on their stand, promoting and demoing Bushido.

For anyone who has not visited the Games Expo, it is centered mainly on boardgames and the like with only a few miniature games hosted. The main ones were Bushido, Dropzone Commander by Hawk Wargames and Mantic games (Ronnie Renton was in attendance and he showed me a pre-production box set of the new Mars Attack game which looks immense and I can not wait to receive all my shiny Martian goodies from the Kickstarter they ran) 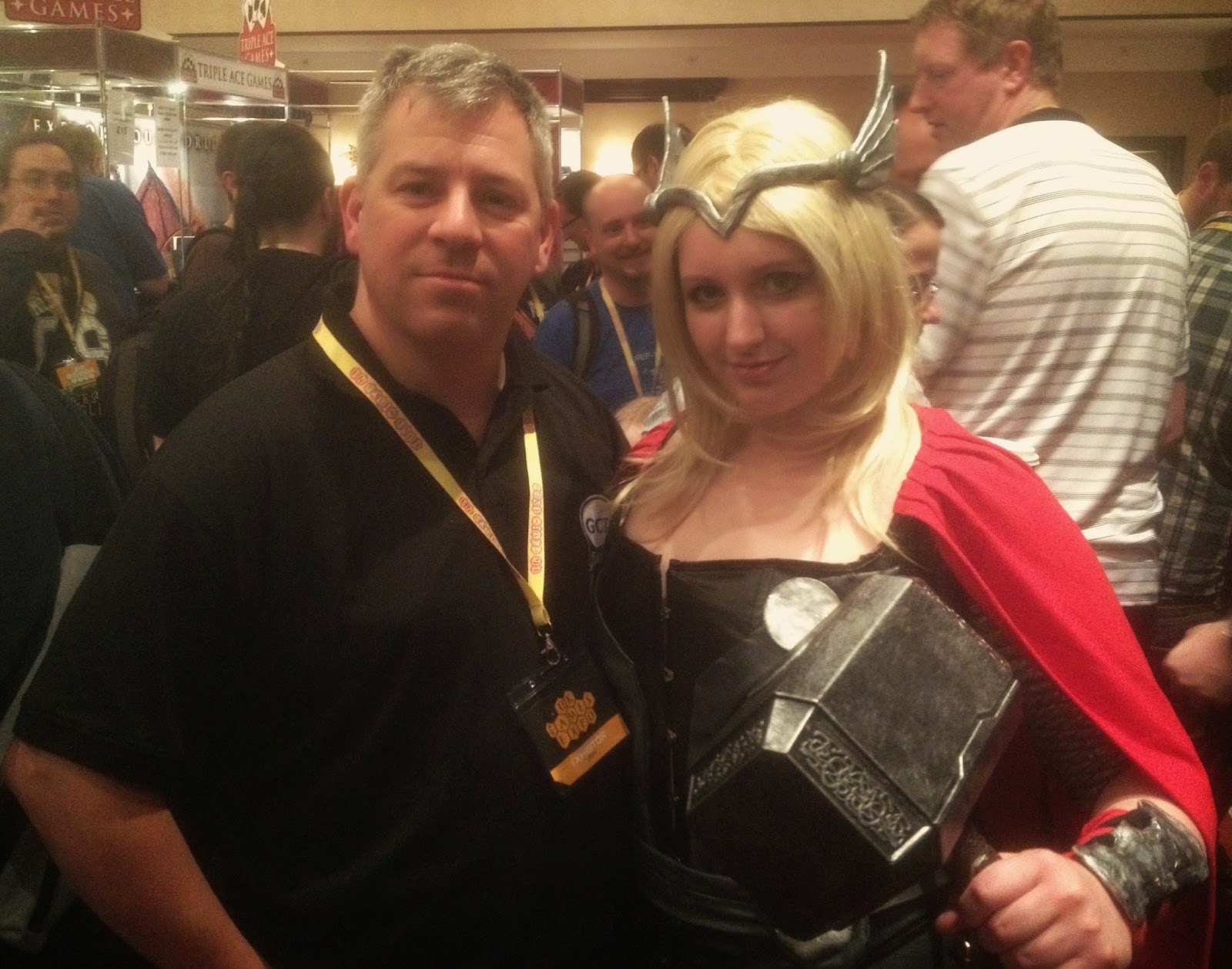 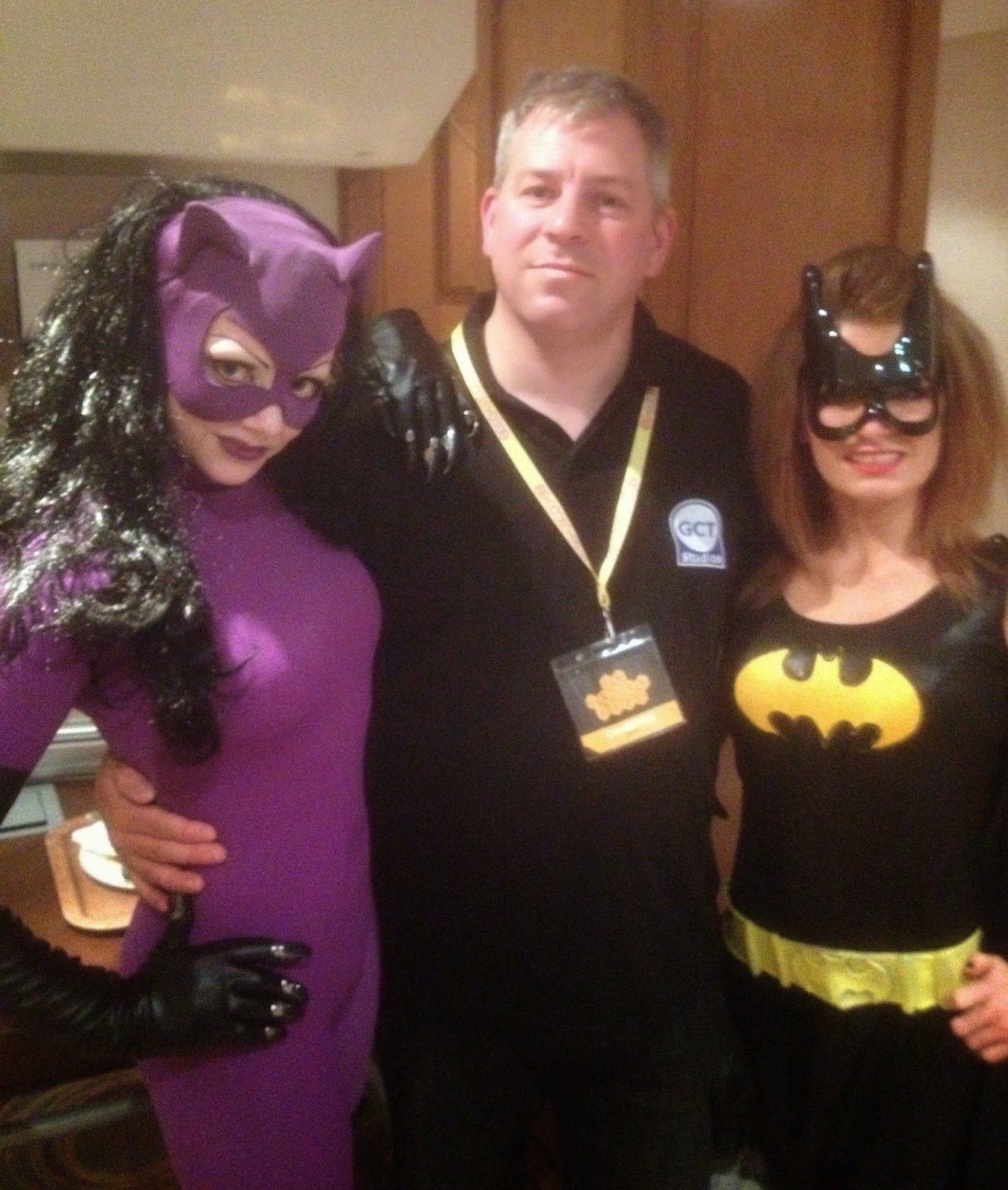 Alot of UK Cos-Players also attend the Expo and its nice to walk round the stalls and see all the great boardgames on display and then end up discussing them with a Clone Trooper, Cat Woman or even a Female Thor!

The weekend was very busy and its established that just over 9000 people attended the Expo which is brilliant.

As I was working the majority of the show doing demos (which I had a fantastic time doing and seemed to be immensly well received by the ammount of Bushido stuff people were buying afterwards) I didnt get to take pictures of many of the games on display but I did manage to get accosted by a few of the Cos-Players who forced me to have my picture taken with them !!! 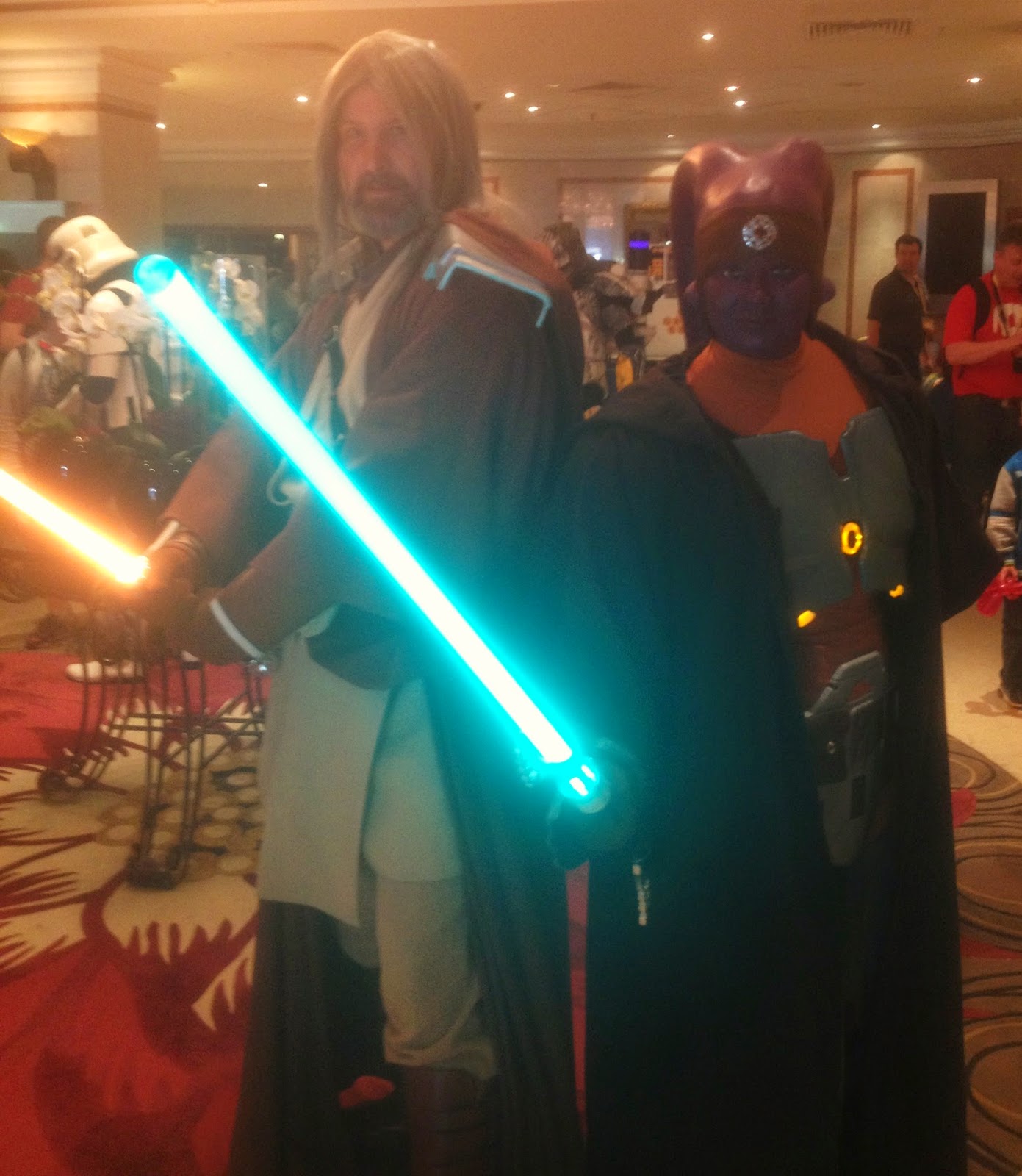 Saturday night saw myself, Toby and Gordon from GCT take on Simon and Louie from Hawk Wargames in a large battle of the Star Wars X-Wing Miniatures game. We took X-Wings and the Hawk guys took the Imperials with a swarm of TIE Fighters. Toby went out in a fizzle very early on, whilst myself and Gordon put up a valiant fight downing TIE's one after another. Unfortunately the odds were against us heroic rebels and the Evil Empire managed to take down our ships.

A cracking night and it was great getting to know the Hawk Guys.


Really looking forward to next years show and hopefully I can get working with the GCT crew again.