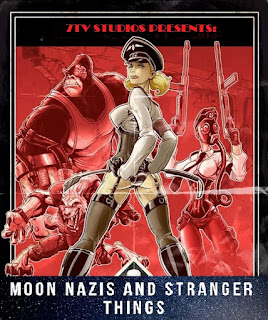 After a bit of a (long) hiatus I managed to get a bit of hobby time and got myself organised to attend the 3rd 7TV event day, held at Board in Brum.

My friend Keiron has already written up the premise for this days event at Board in Brum (excellent venue by the way) on his  Cheaphammer Blog.

But to reiterate, Mike Strong who organised the event put together a nice narrative using the idea that Sydney Baron (the main 7TV Studios CEO) wanted to commission a load of new shows and had a sizeable budget to throw at them including more extras than usual and the hiring of some new filming locations, not used in his programmes before.

3 games would be played and really it did not matter who won, lost or what side gained the most wins. Overall it was all about having fun and playing games. However there were a few prizes for Best Cast, Best Opponent and Best Board (participants were encouraged to bring their own boards to compete on)

Some of the boards: 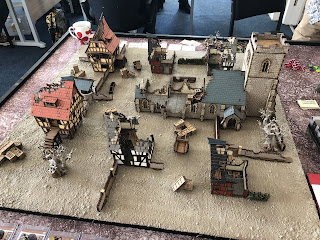 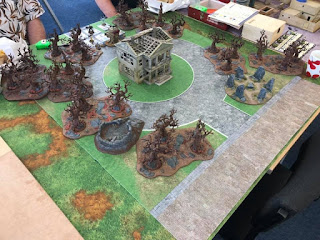 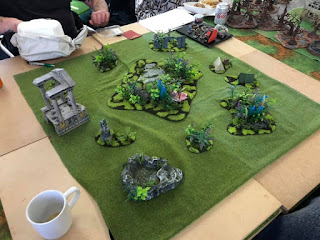 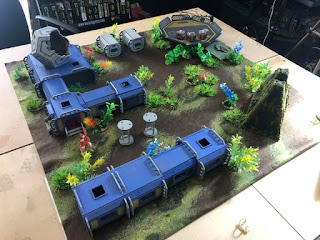 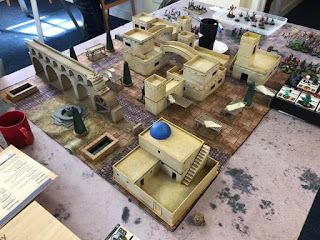 Some of the Casts: 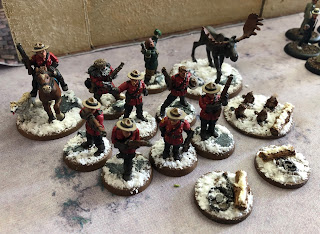 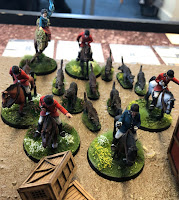 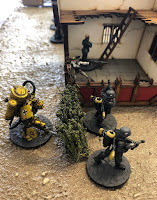 Lady Winterly had information that Moon Nazis had invaded her secluded country domain and sent out her Horses and Hounds to track them down. In the blazing heat Mecha Hitler suddenly found his forces on the defensive trying to stop his VIP from being taken out. A mix up in castling location A mix up in castling location found Otto Von X and a Huntsman switching places.

This enabled the massed firepower of the Moon Nazis to take down the luckless Hunter and Otto ended up being pinned for the rest of the episode by a pack of snarling hounds. 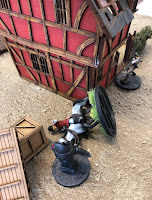 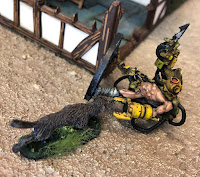 The Were creatures with their thick fur struggled in the heat and could not get into a favourable position to charge the Horse and Hounds and could only snarl menacingly as Winterly's Hunt jumped obstacles and used their horses speed to ride down luckless Nazi troopers.
Even the advantage of the Jetruppen firing down from the church tower albeit taking out some Riders and hounds couldn't swing the episode in Mecha Hitlers favour. 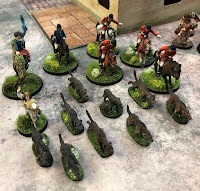 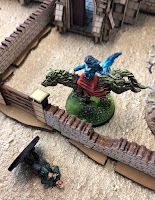 Lady Winterly using her Arcana abilities dragged Oberst Mannerheim out of his hiding place and using her considerable femine whiles, stole the scene and rode down the now prone VIP. Using her Unholy Tome clutched so tightly her knuckles were as white as her namesake, Mannerheim vanished from the screen! 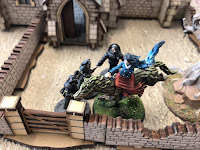 Despite a hail of gunfire and Mecha Hitler charging into personal combat, the Lady was not for falling and the episode ended with the Moon Nazis withdrawing and Lady Winterly's ethereal laughter following them.

Episode 2 - Raiders of the Lost Reich (Co-Directed by Keiron) 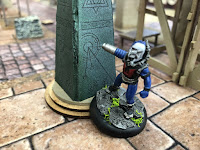 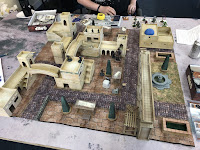 With the 4th Reich troops spread out around the desert town defending its valuable assets Hordak marshalled his followers and with a supernatural speed managed to take possession of some of the assets before the Nazis had time to react. 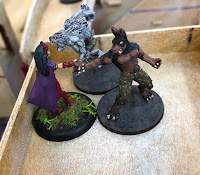 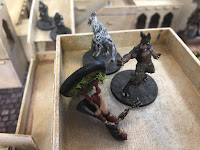 However Hordak, himself in possession of some lucrative advertising items slipped of screen and wasn't seen again for the rest of the program (which caused his director getting a sever tongue lashing from the producer) 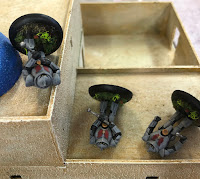 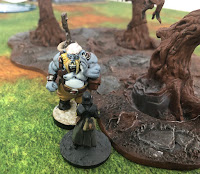 15 minutes on screen would be his only claim to fame. 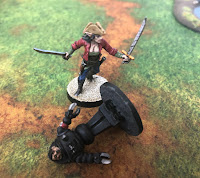 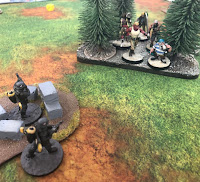 The credits started to roll. Filming was done for the day and Frauline Braun's modesty would be intact and the racy pics might be destroyed......that's another Story/Program/Episode.

7TV is an awesome game and encompasses so many great Genres, there should be something for everyone.
Posted by Carl at 15:31 8 comments: