Imperial Skies is a table top wargame of lighter-than-air ship battles, played out over the land and sea of the early 20th Century.


Fleets of flying ships are pitted against each other in fast-paced aerial tactical combat. Gather powerful fleets of your favourite nation including Battleships, Dreadnoughts, Cruisers, Destroyers, Aircraft, Bombers and Patrol Boats. (From Brigade Models website) 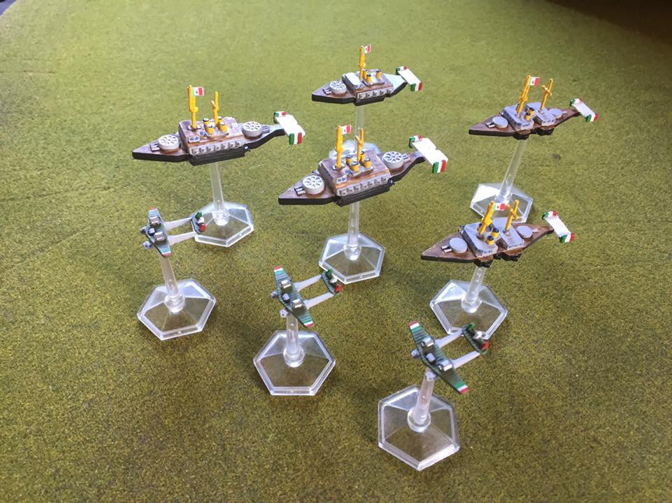 Next additions will be flights of Seaplane Fighters, 4 x Frigates and a large Dirigible. I have my first game against a friends British fleet beginning of August so look out for the upcoming battle report.
Posted by Carl at 06:23 5 comments: