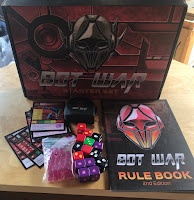 Being of a certain age and loving the old toys and cartoons from the 80’s I was stoked to see on a few gaming groups what looked to be Wargames Miniatures similar to Autobots and Decepticons from the Transformers franchise. However these were not said licensed products but a range of miniatures from the Australian company Traders Galaxy - for their 2nd edition version of their skirmish game - Bot War.

I quickly went to the Bot War Facebook page and group (check them out) and was amazed at some of the outstanding work people have already posted.

You don't need many models as in most games you will probably only have about 5-10 models depending on faction and (unless you and your opponent decide otherwise) 80 points to build your force.

Each Bot/Unit etc in your force gains you 'energy cubes' and the system itself starts with a strategy phase where you assign these ‘energy cubes’ across your force, these then act as activation points to allow your Bot to move, make a ranged attack, use it's special ability etc.. added to this is that each bot has a strategy rating - this is sort of the initiative value but with Bot War the higher the rating the later in the game that model with activate. Smaller weaker Bots have a low strategy rating and go first whilst the big boy's tend to go last.
It seemed a bit weird at first but the game can be quick and deadly - so allowing the smaller Bots to activate early on allows them the opportunity to get some shots in, maybe gain an objective etc before being vaporized by a Optimus lookalike!

You can get the models from Firestorm Games in the UK - but they seem to sell out really quickly, or order direct from Traders Galaxy in Australia, Just be aware of the dreaded customs on large orders and the possibility that it might take up to 3 weeks to receive you new shiny's
Talking of shiny's - these are what i have so far. The blue resin miniatures are the Valiants and Atlanticans that come with the 2 player starter set and then I have bulked the Valiants out with some extra metal miniatures as well as a starter force of metal Deceivers.
Decievers 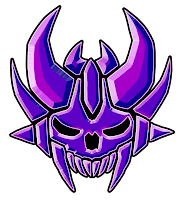 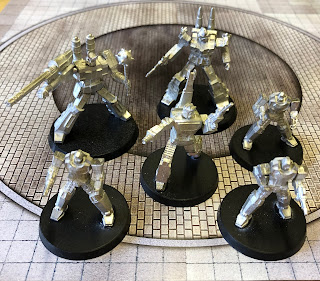 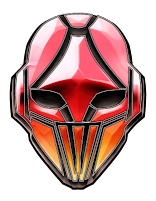 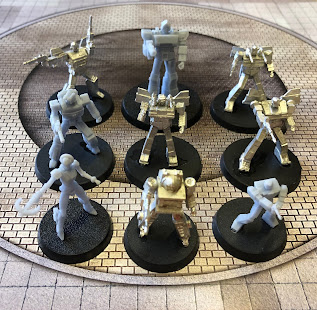 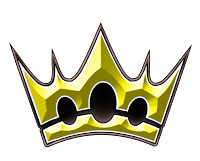 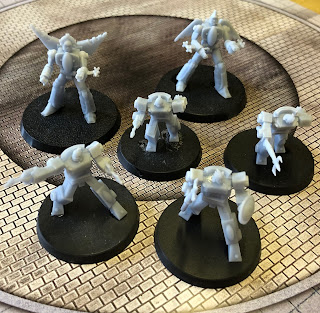