Just a quick post now as is traditional. showing off the loot purchased at Salute 2015. 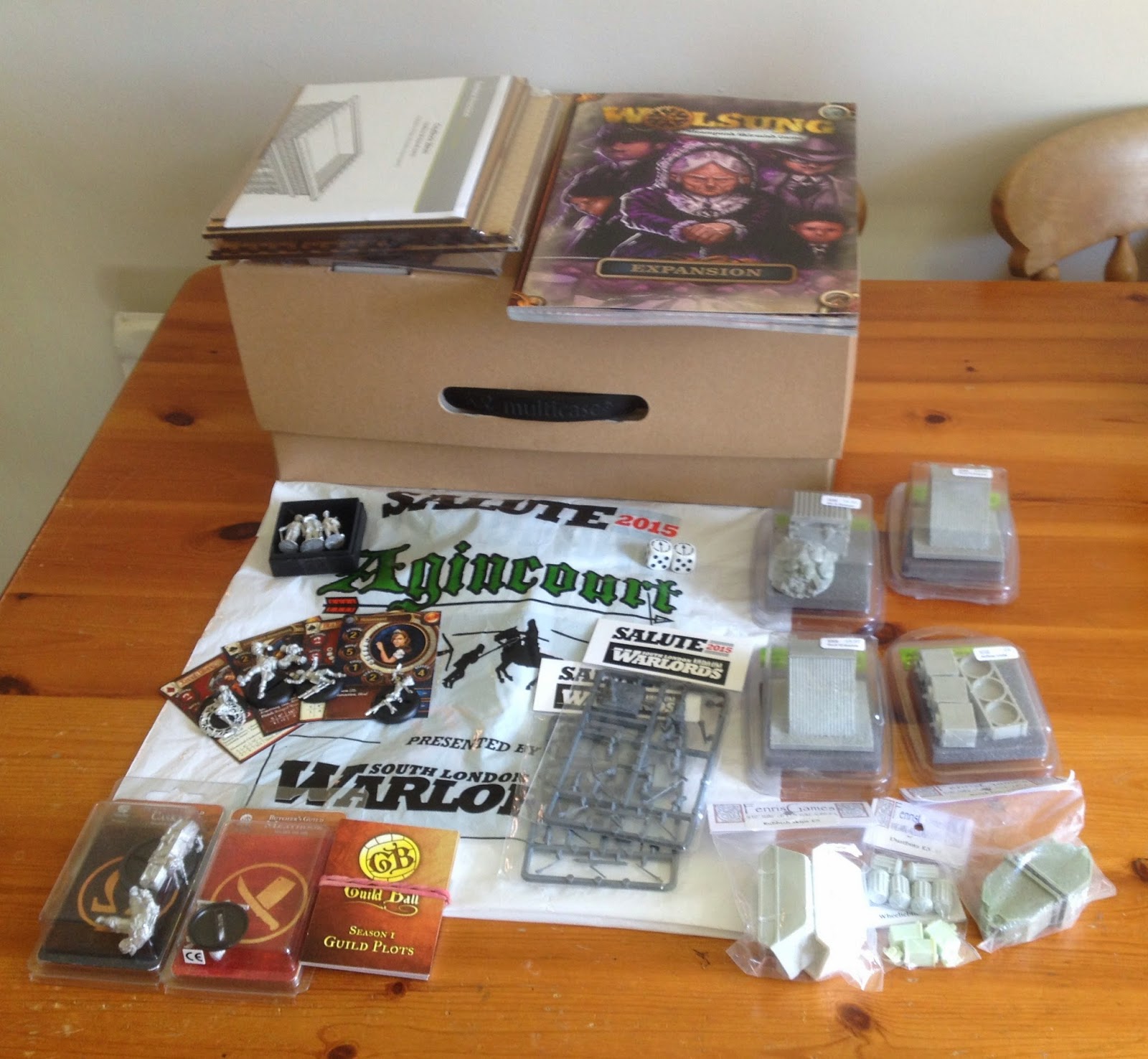 For starters we have a large KR Case ready for all my new Pulp City, Wolsung and Guildball models. A couple of extra Guildball miniatures for the Mortician and Butchers teams along with Guild Plot cards. 2 new miniatures for the Triad faction and 2 new miniatures for the Ash and Oak club, all for Wolsung. Spectre Miniatures Warlord figure and Limited Edition Female Contractor model. The usual free Salute minis and Dice (the minis are pretty much surplus as the mo)
Wolsung expansion book and a Large Residential building from Sarissa Precission and last but not least, a load of resin scenic items from Ainsty and Fenris, mostly, skips, bins and roof-top accessories for my city board building project.
Posted by Carl at 12:44 3 comments: 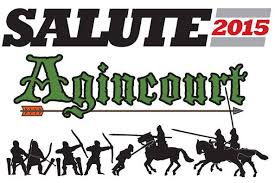 Well another annual pilgramage to the church of wargaming is complete. Salute 2015 was in my opinion, great. This year though the show seemed to absolutely fly by and it suprised me as I didn't go with a massive shopping list and hardly spent time browsing trade stalls. In fact I missed quite a few people out that I should have taken time to say hello to, for example I completely missed Jason at Tritex Games and bizarely enough completely missed the Warlord stand all day! Not only that I also missed Frostgrave, the new Terminator miniatures and the Aliens game!

As usual the queue and crowds were massive. I arrived really early. So early that the queing hall hadnt even been opened yet, when it did I was about 10th from the front and was talking to the lady in front off me, who stated it this year was her very first Salute. The staff then started handing out the goodie bags and the 1st time girl got a Golden Ticket for the prize draw!!!

The doors opened (just after 10am!) and in we piled. After the quick stroll around and my shopping complete it was onto looking for games to play. 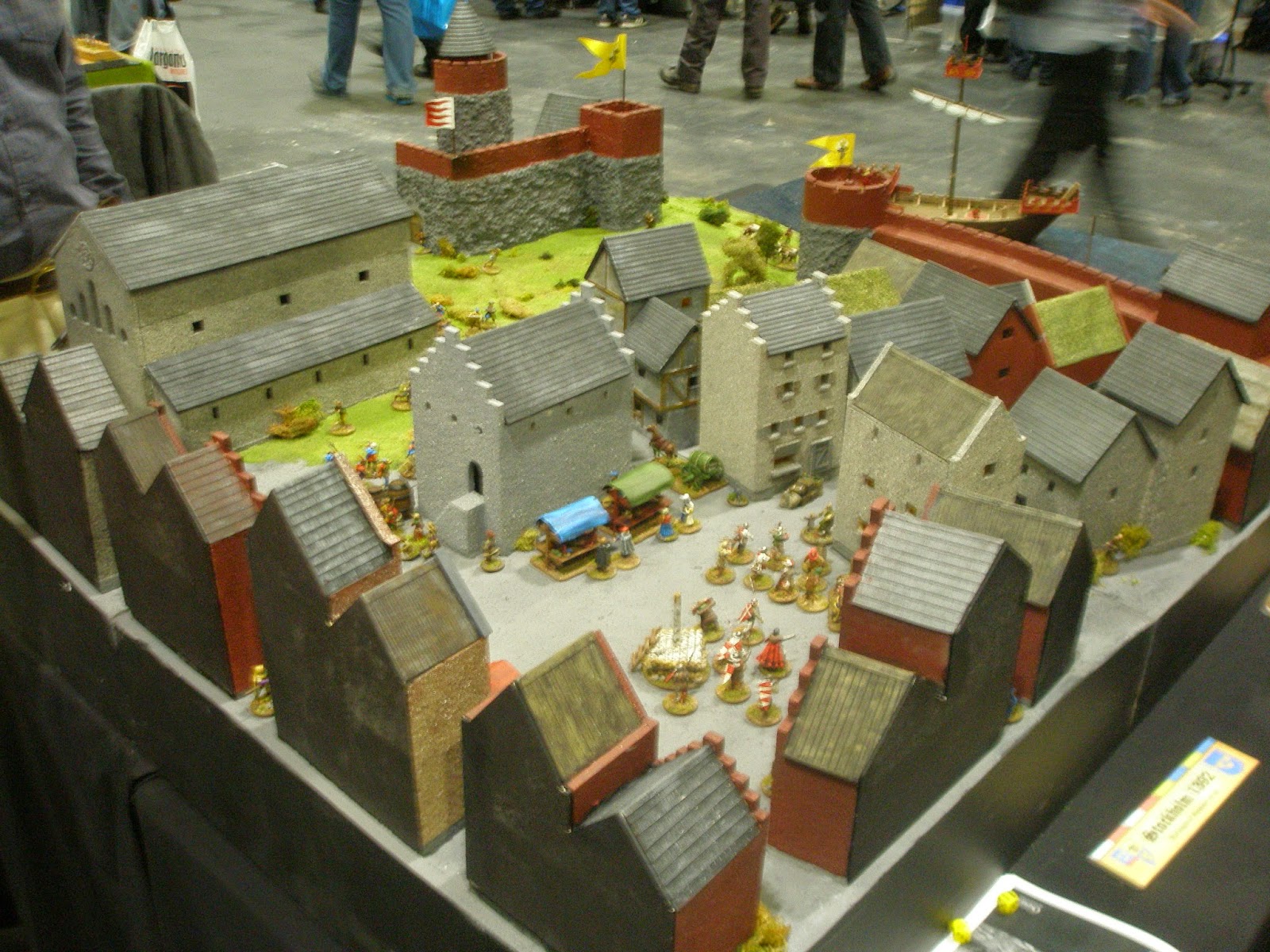 First in line was Dalauppror's Lions Rampant skirmish game set in Stockholm 1392 (click the link for his blog and more info on this. I took control of a German contingent and proceeded to collect Resource carts and stroll of to the castle whilst my crossbow men stood around looking bored and couldnt be bothered to shoot at the Swedes breathing down their necks! an excellent game (I really enjoy Lion Rampant anyway) and the table and models looked great. 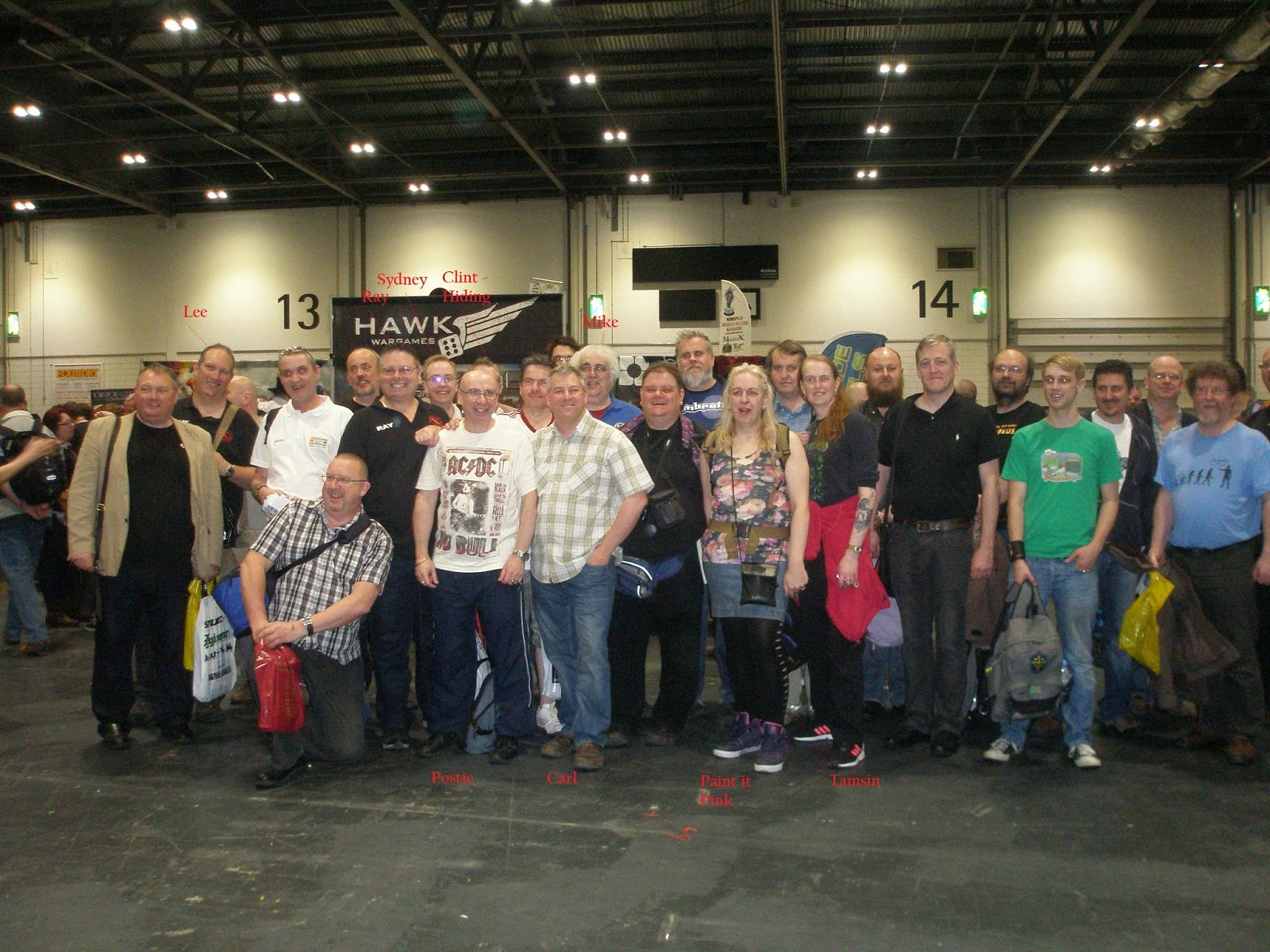 1pm and time for the annual Salute Bloggers meet up. A great chance to meet up with and chat to all the other bloggers, nice to see Ray, Clint, Tamsin, Mike and Postie along with many others. Suddenly it was lunch time (where the heck had 3 hours gone!) quick munchies and back to gaming. I tried really hard to get games of Beasts of War Battle of Hoth and South London Warlords Stingray but just couldnt get anywhere near them. 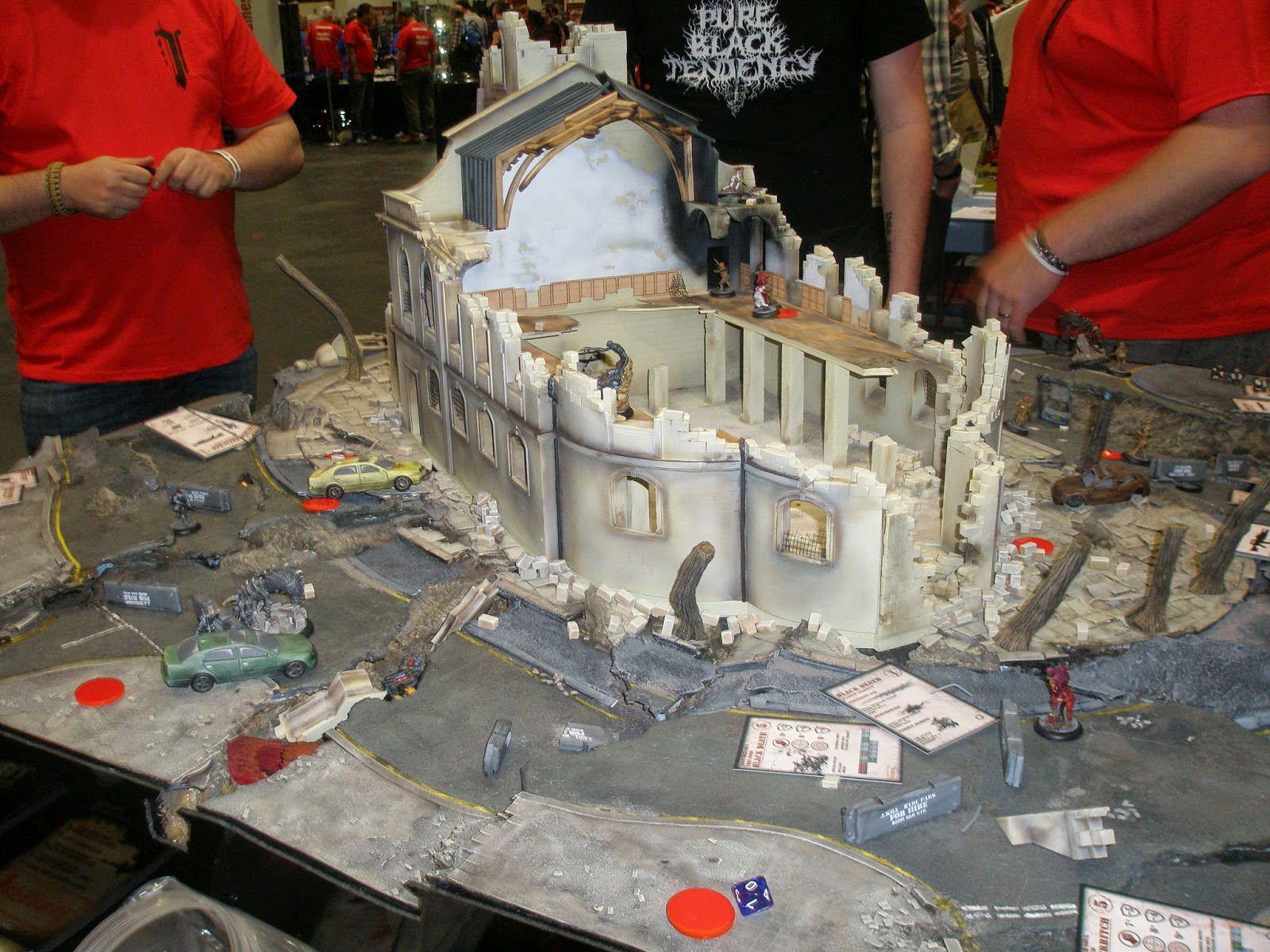 Next game then and this time I was taken by the cracking scenic board from Wartorn Games, they had modelled a destroyed St Clemens Dane Church in London (which is the RAF Church I have visted numerous times on military duties, this was rather cool) and were demoing their new skirmish miniatures game Infernal which looks to be based in the UK and roughly around this or near future time frame. I took the Blade Team (which looks like the basic human soldier faction, Troopers with assault rifles and LMG's etc) whilst my opponent took the Tortured Souls (person's infected etc by god knows what and turned into hellish gribblies) when one of these gribblies kills some one it has a chance to capture it's soul and then can consume it to transform into an even bigger evil gribbly EEK!!!

After starting really well the gribblies got to transform and my poor squaddies ended up hell fodder!! brilliant game, really cool system they have developed and Ill be looking at their kickstarter at the end of May. 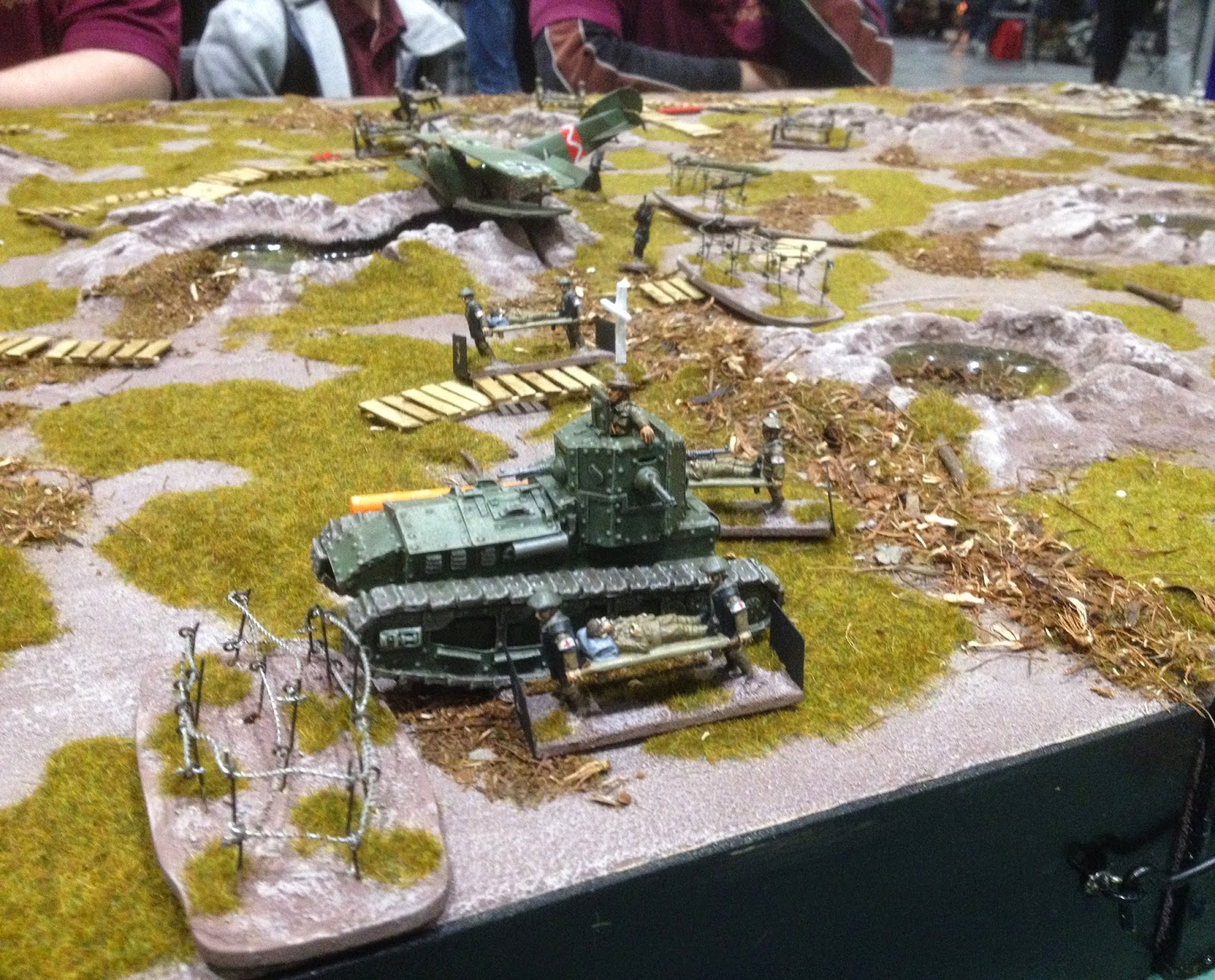 Crawley Wargames Club WW1 Stretcher Race was the next game I got to join. An 8 way participation card driven game, where you had to race your Stretcher to the Aid Station avoiding obstacles like Barbed Wire, downed German Pilots who would erractically shoot at you from their crashed Fokker and incoming shrappnel that could cause more wounds to your already unfortunate casualty (when an event came up on your turn you could hamper your opponents - which was hillarious fun) 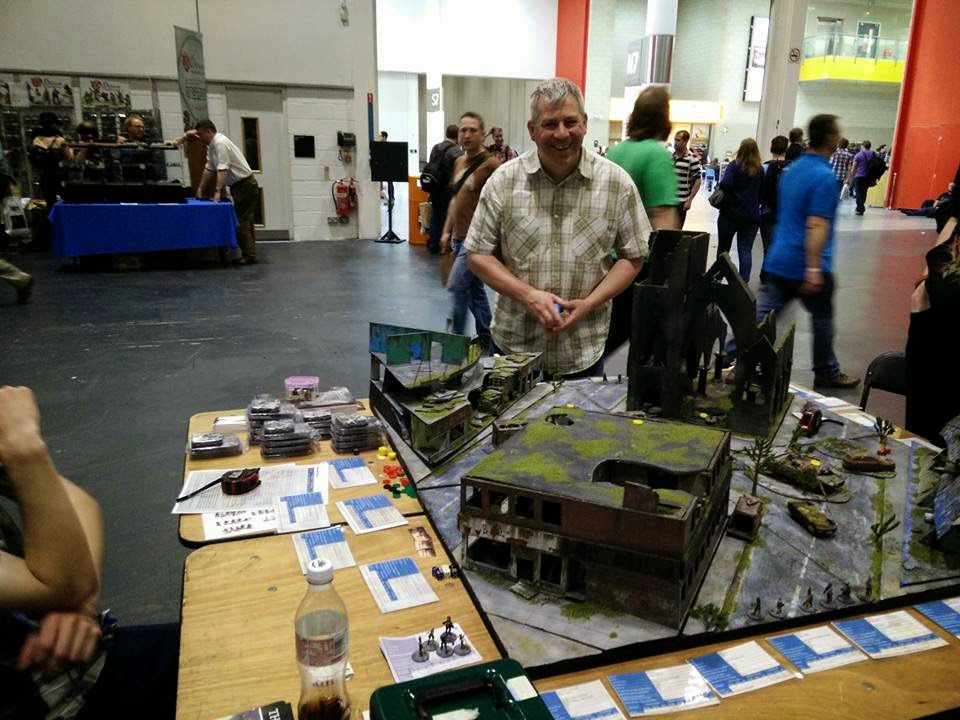 Last of all I went over to Dead Earth Games to meet Rich and Mike Chapple who I have been helping and involved with for 2 years whilst they have produced a fantastic Post Apocalyptic Skirmish Game - Across the Dead Earth - set in the UK and centered around small gangs. It was great to finally meet these guys after all the emails, private messages etc, and even get to play a game along side them. it was even funnier as one of the gangs - The State - all the members are named after playtesters during the Kickstarter campaign that they ran, so when I was taking out gang members I was messaging the other guys (especially Brummie) that couldnt make Salute and rubbing it in Mwhahaha.

Suddenly it was 5pm. The day had whizzed by and I had a blast. Bumping into tons of like minded gamers and bloggers and old friends that have not been seen for a while. Lots of cool games and miniatures

A few more pics of the event. 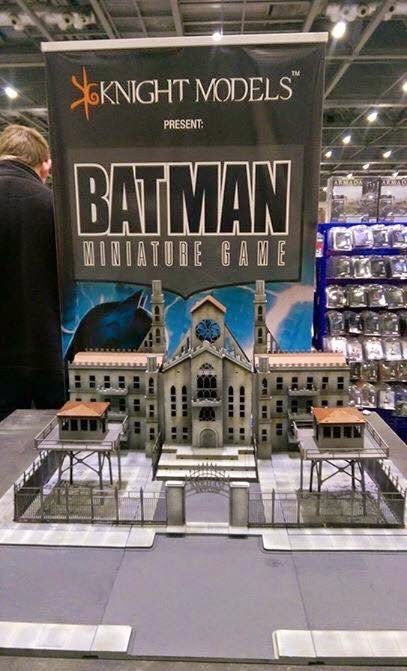 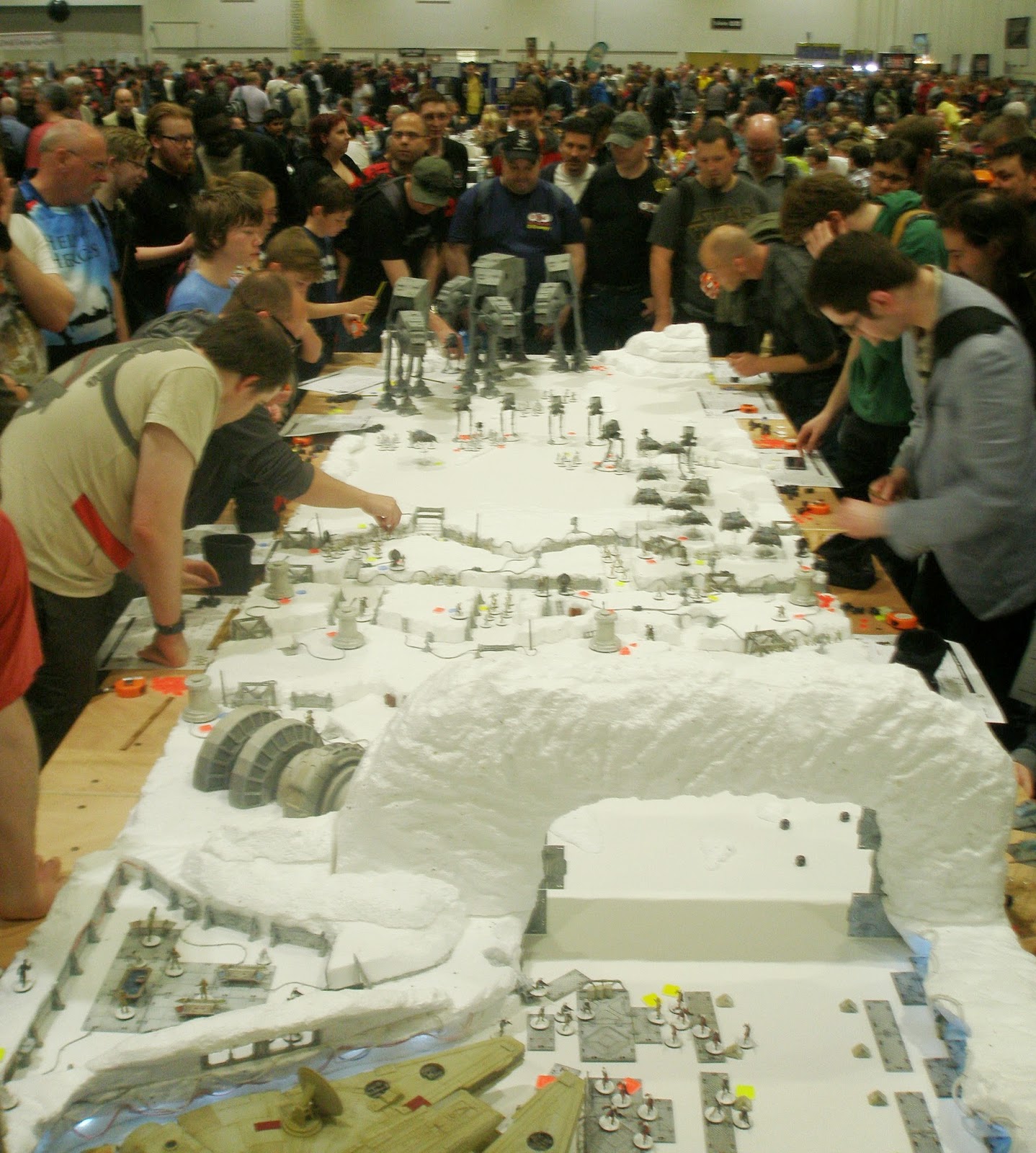 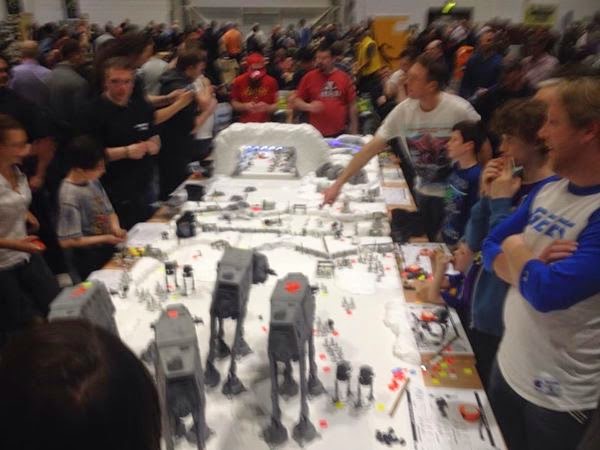 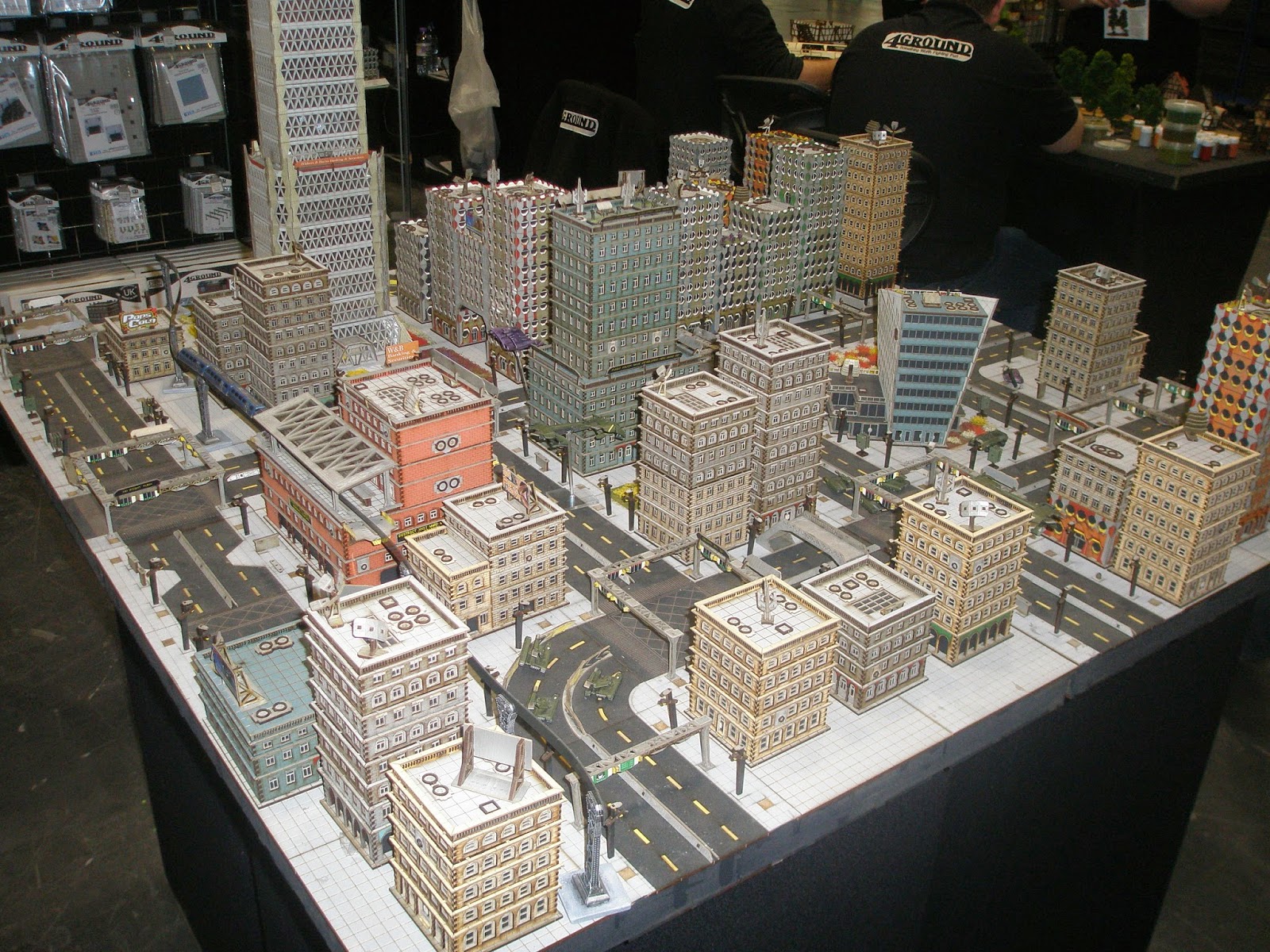 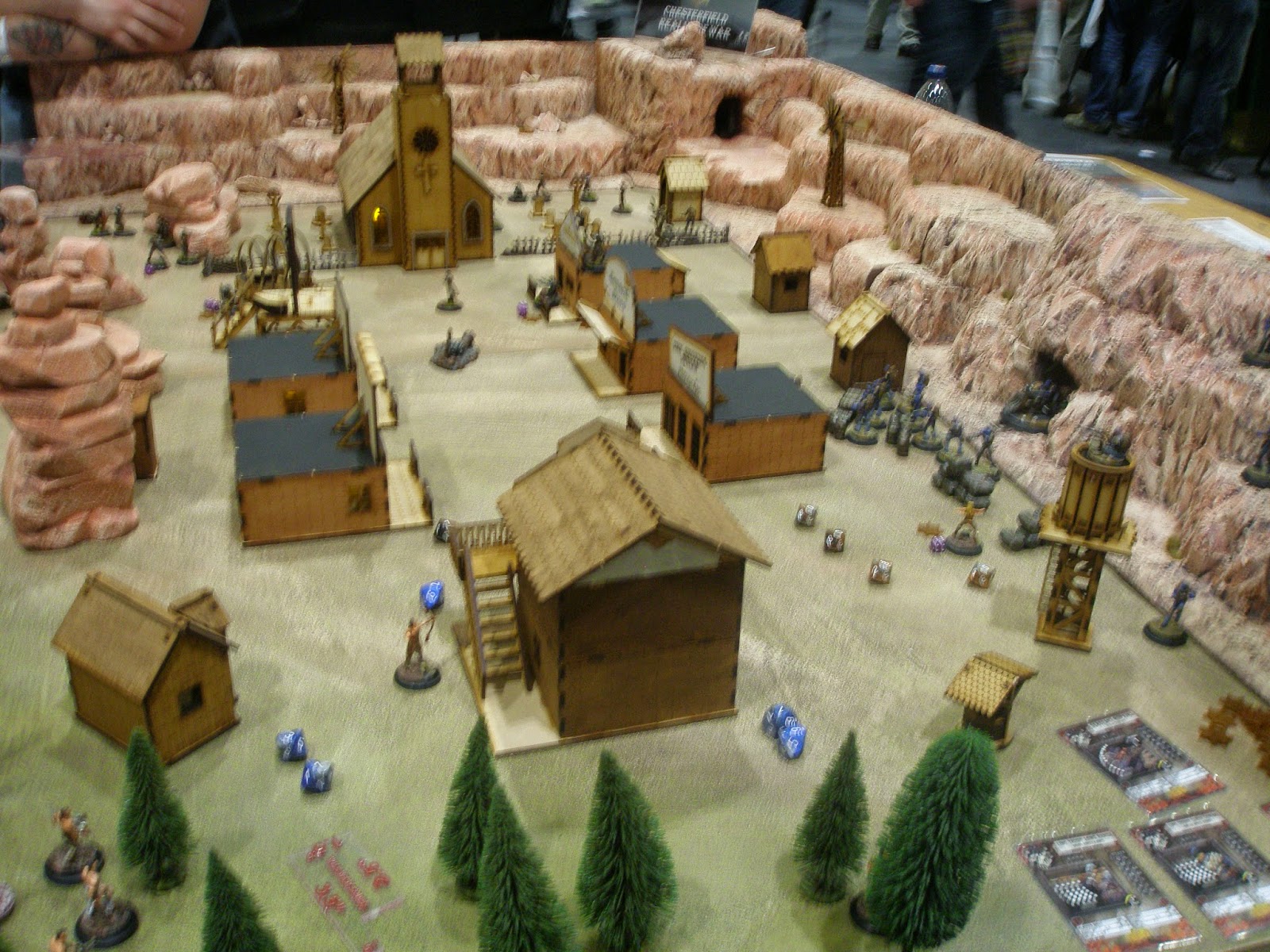 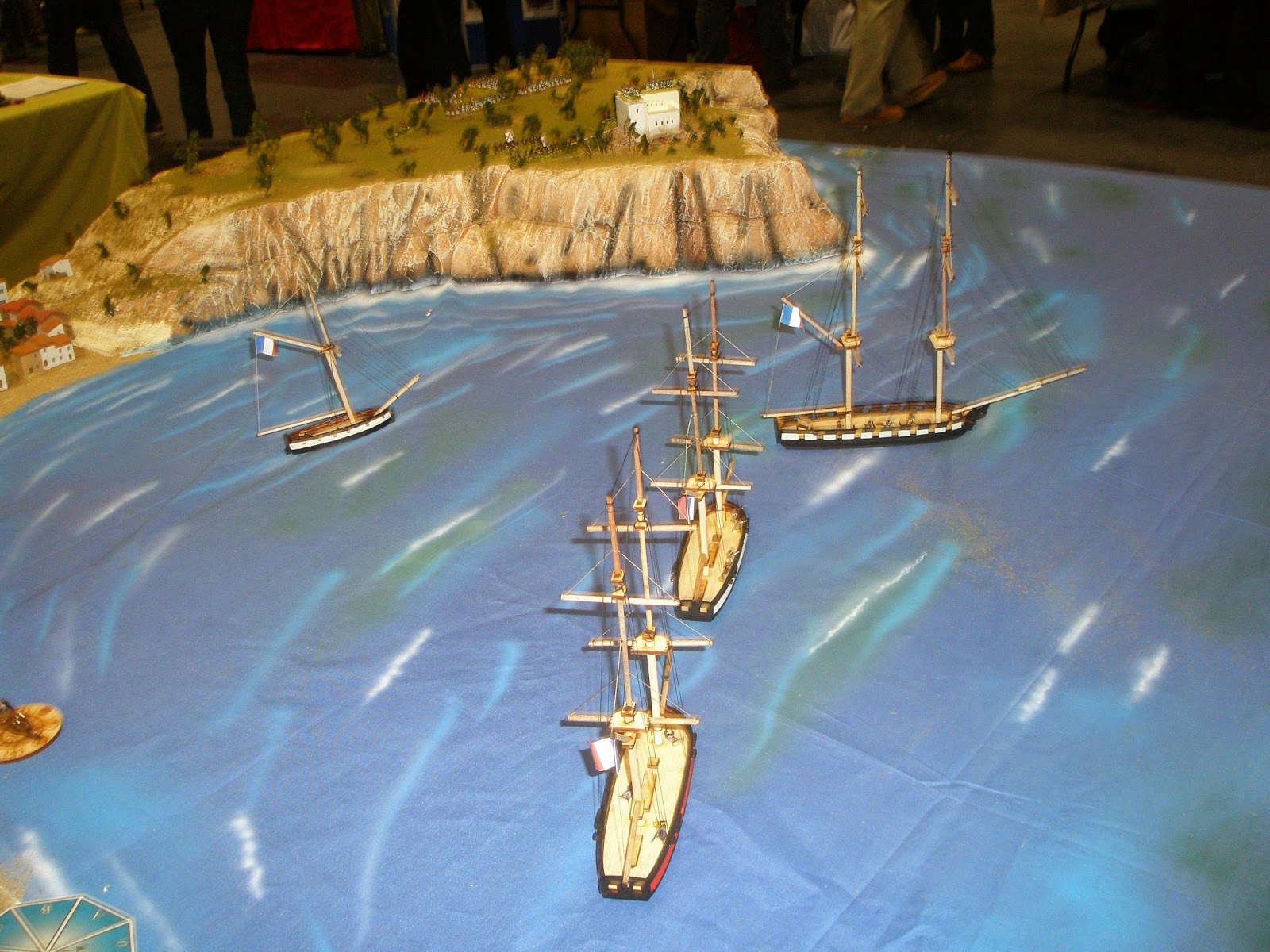 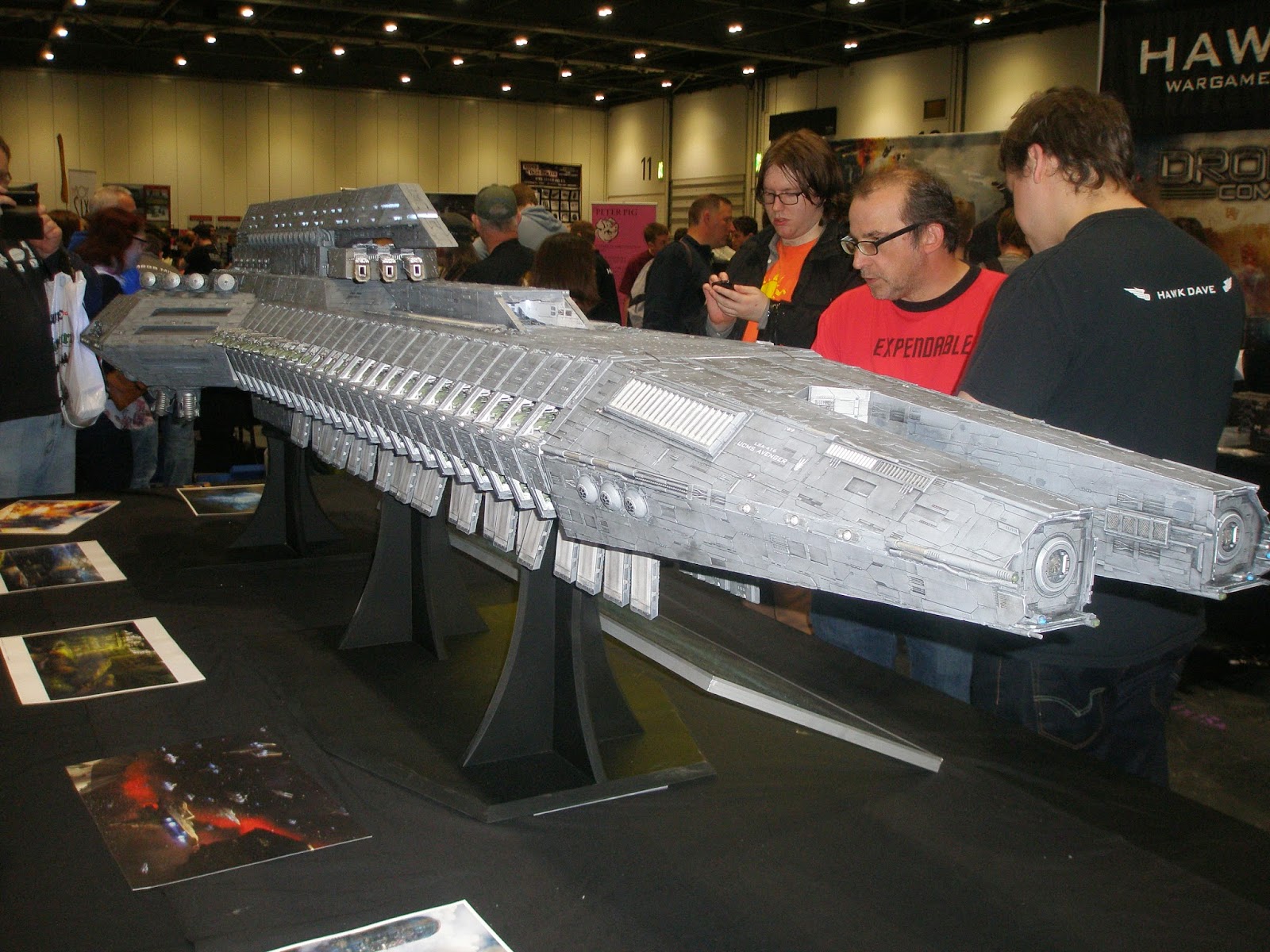 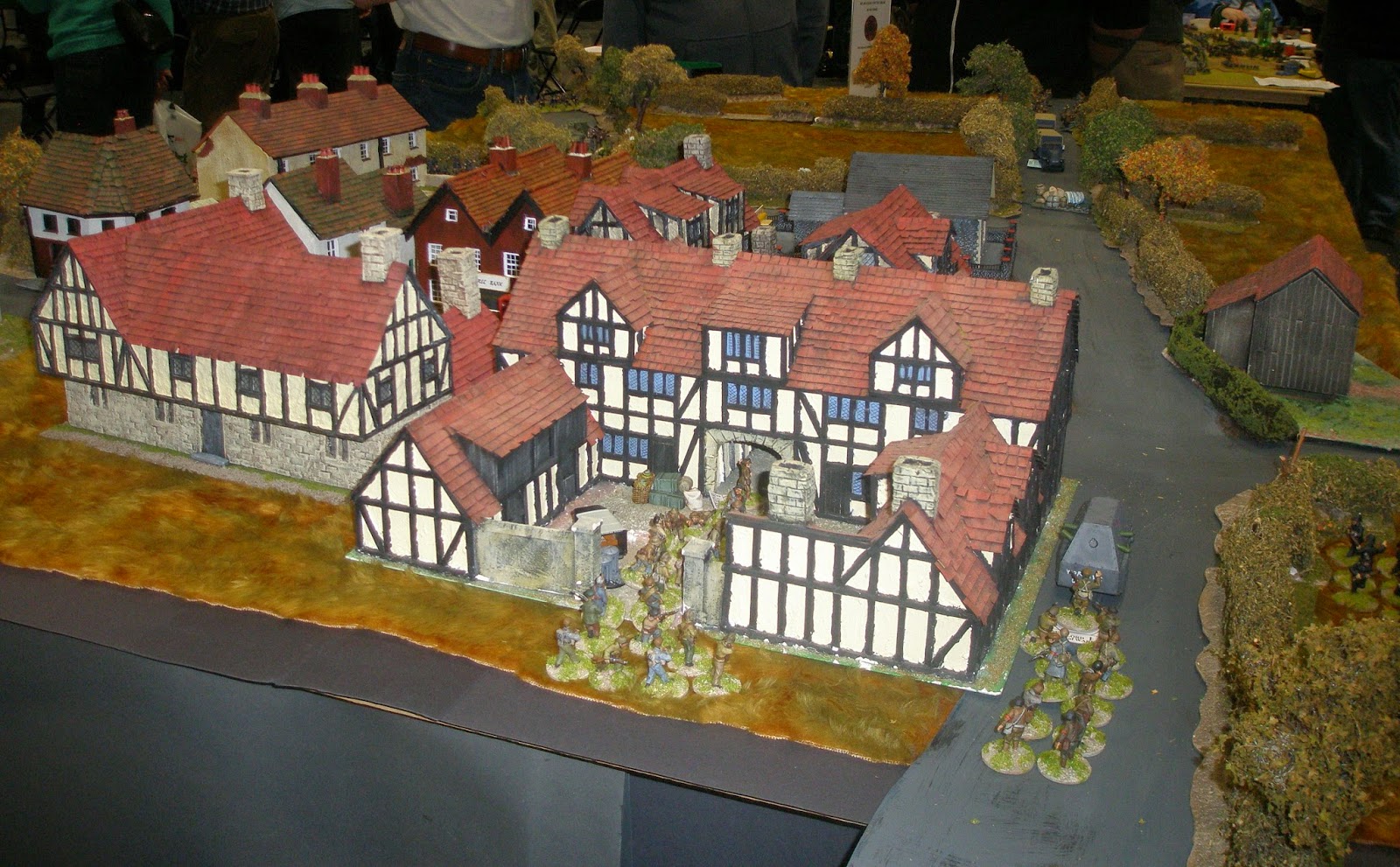 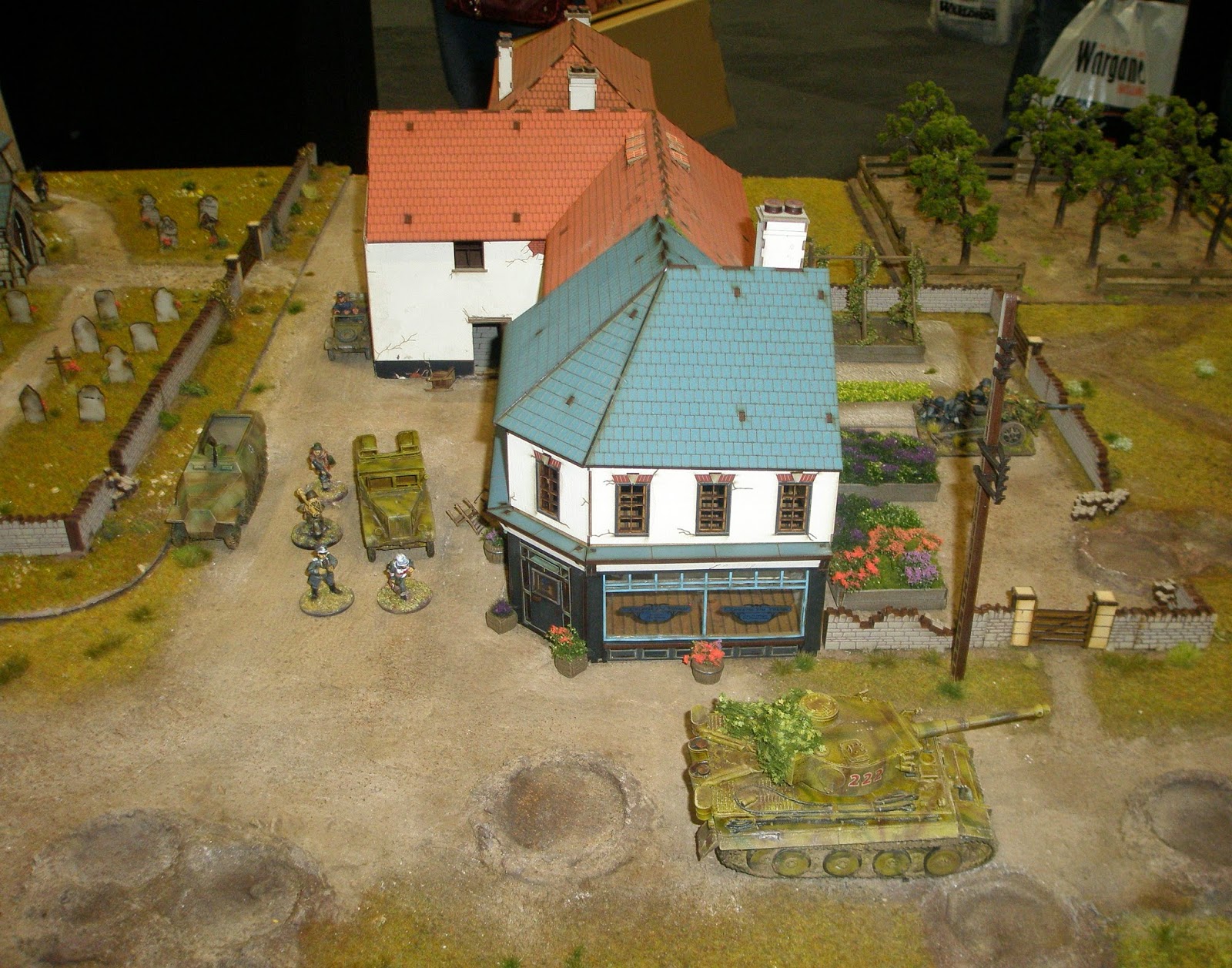 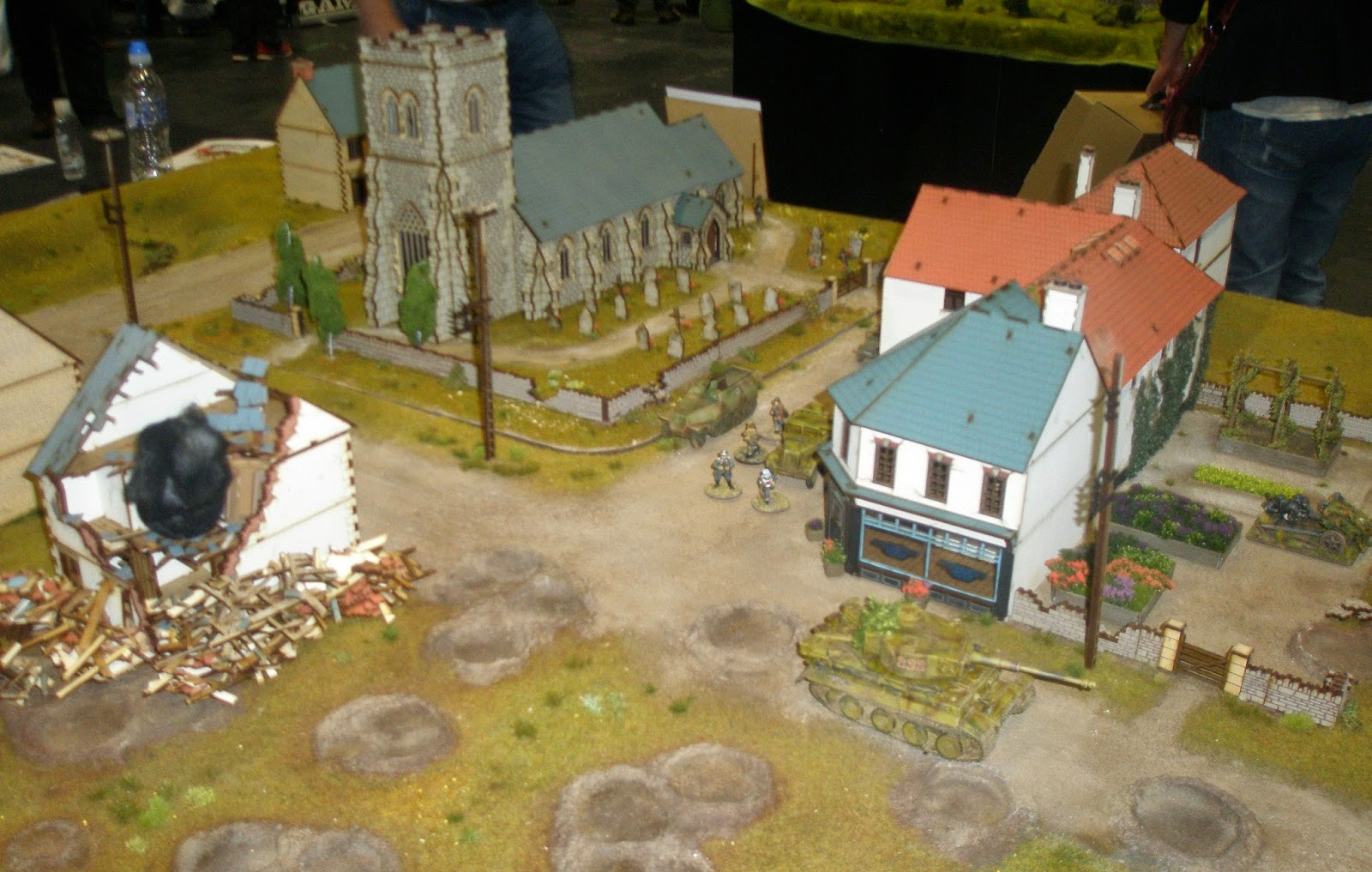 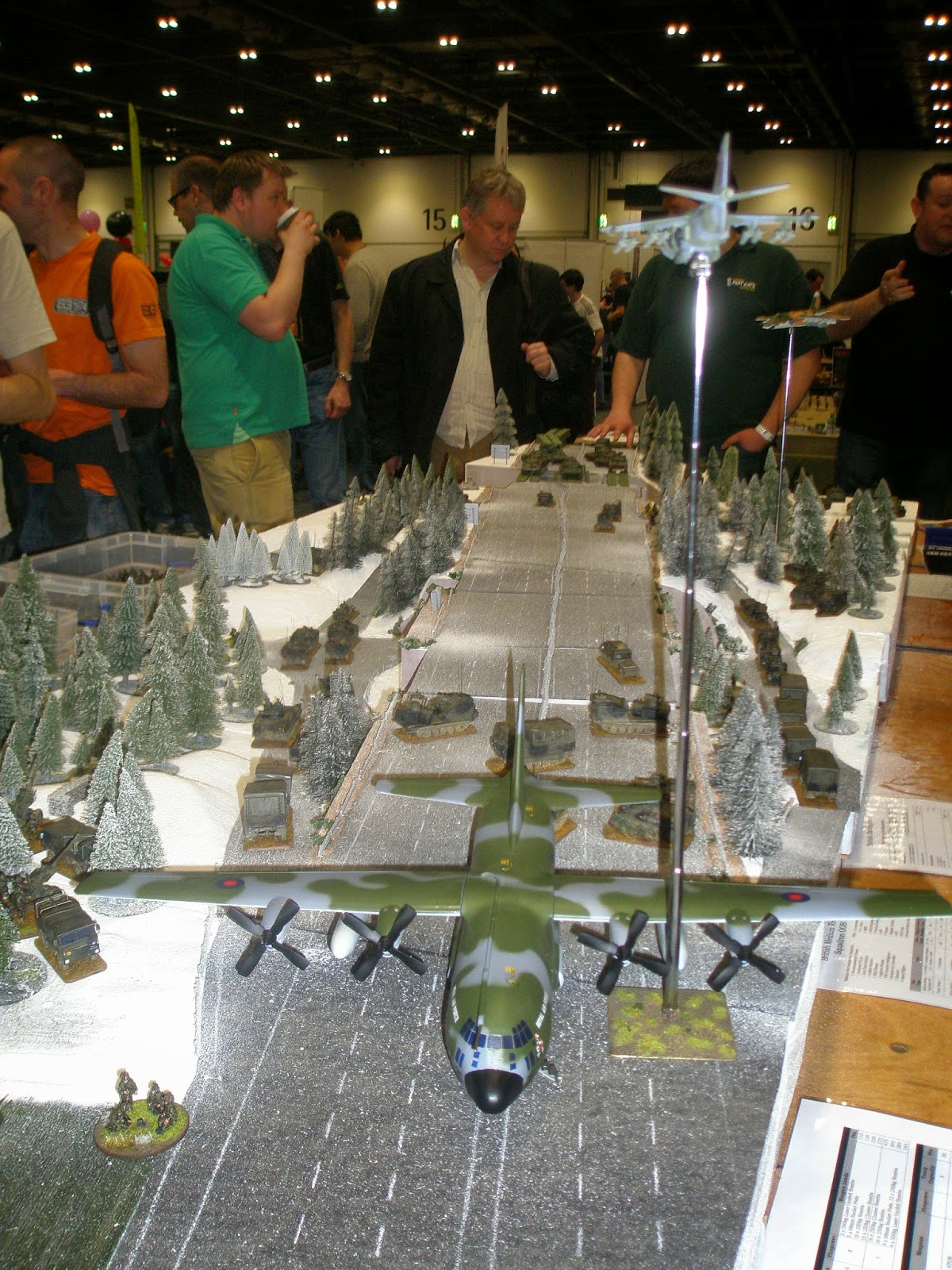 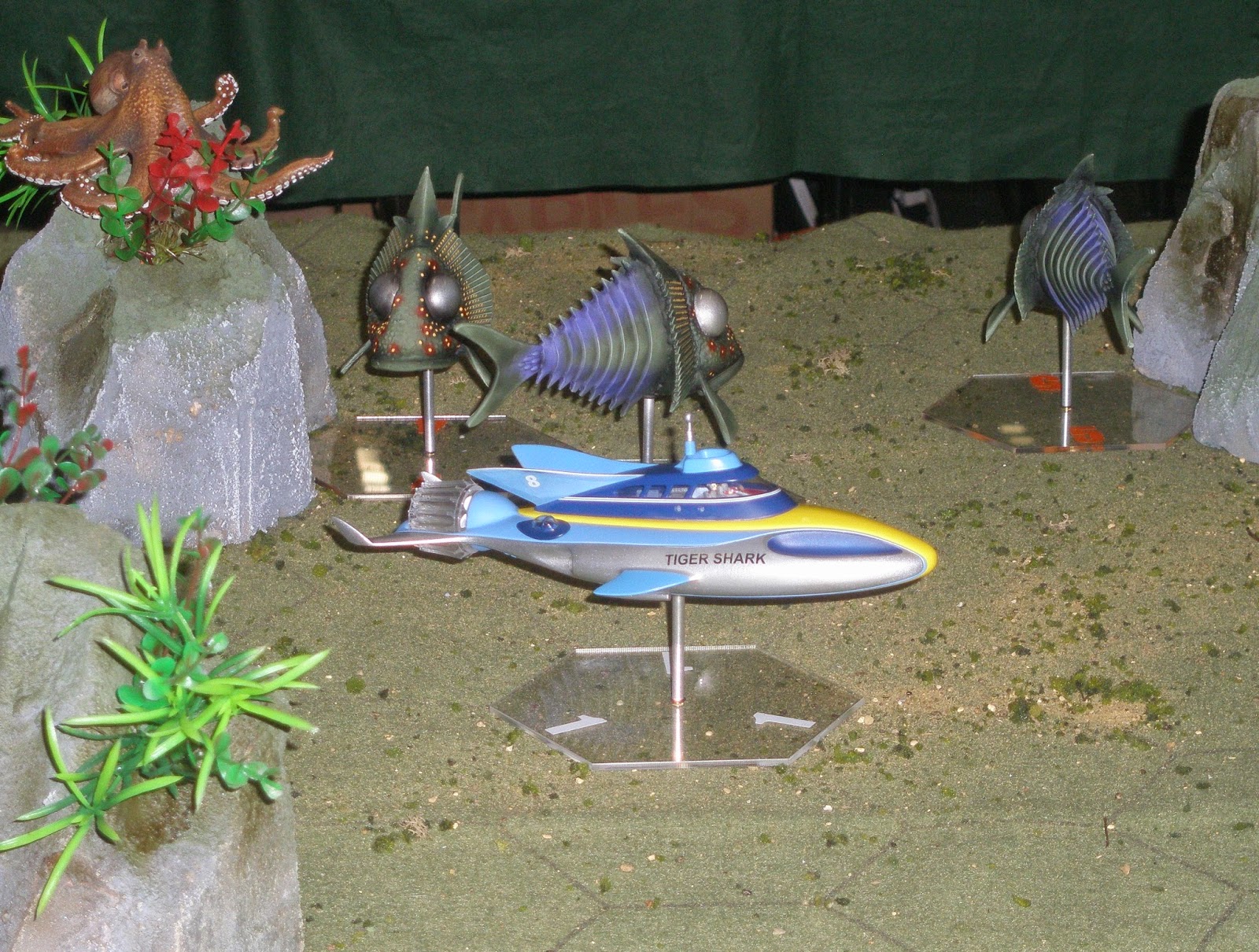 A new game that will be coming to Kickstarter around June. Dead Earth Games, the designers behind the successful Post Apocalyptic skirmish game Across the Dead Earth are looking at producing a fantsy battle game system call The Shattered Crown.

"Inspired equally by the historical conflicts and political intrigues of Britain in the 13th-16th centuries and the magic, mystery and adventure of Arthurian legend, The Shattered Crown combines the feel of fielding historical armies with none of the restrictions. Want to create your own Lord, Coat of Arms and Liveries? Go ahead! Want to add a little cinematic heroism with characters of legendary skill and bravery? Get stuck in! Want to outsmart your opponent, leading him to think you're attacking on one flank when actually you're about to unleash a lightning storm against his cavalry? The Shattered Crown's unique activation system, utilising cards and bluffing, plus the extensive spell book, will allow you to do this and much more. Best of all, there's no need to spend hundreds of pounds and hours putting together an epic force that needs a table fit for Arthur to play across, as The Shattered Crown allows you to field any size force from only a few units upwards - with a rich backstory of unfolding civil war to embed it in". 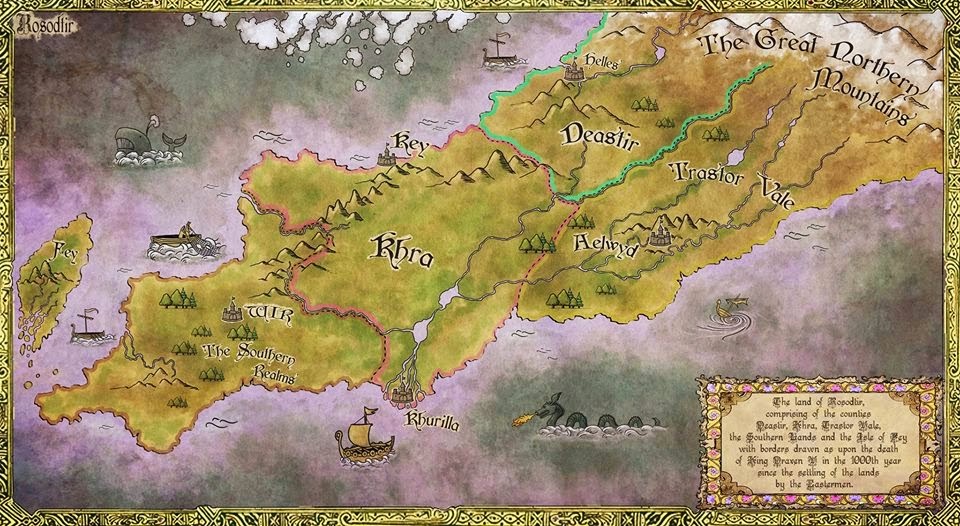 Two factions have been developed so far, the Khra and Hellesburne houses and like, Across the Dead Earth, The Shattered Crown focuses on campaign play, allowing advancement and complete personalisation of every unit in your army, including its leaders and unit commanders.

The Kickstarter will obviously help develop and produce the ruleset as well as specific miniatures for each faction. Prototypes have been done of a few miniatures and there are a host of pics to be found on the facebook group. Sculpted by the very talented Russ Charles, who works for Clockwork Goblin. He has also done miniatures for games like Guildball and Tor Gamings Relics. 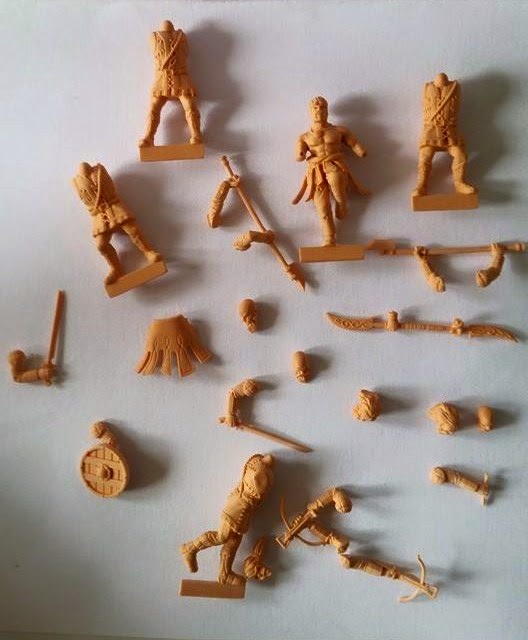 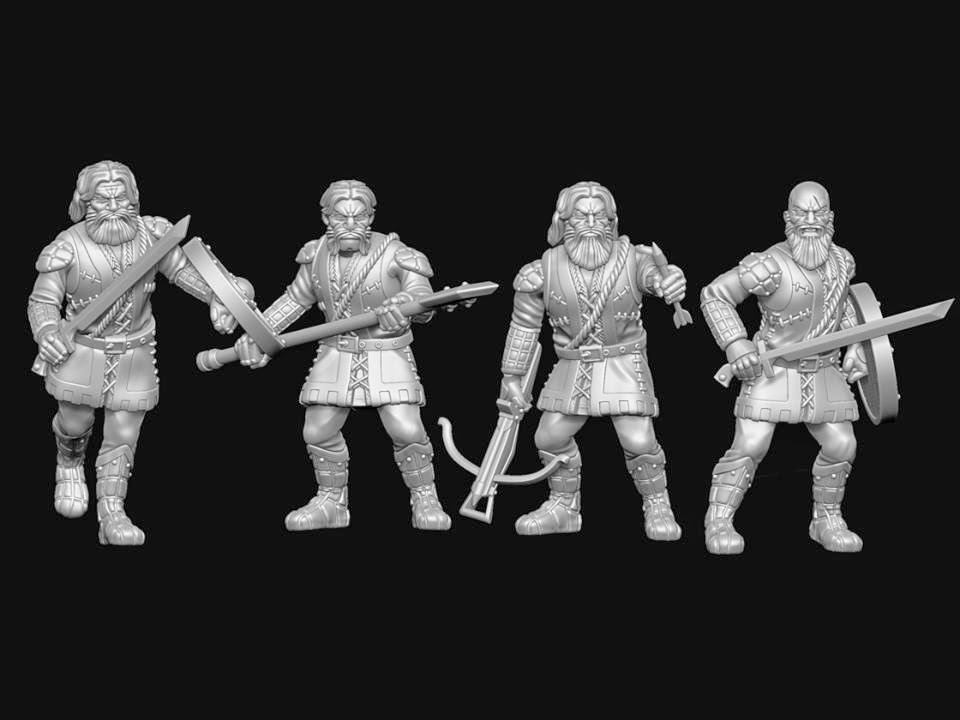 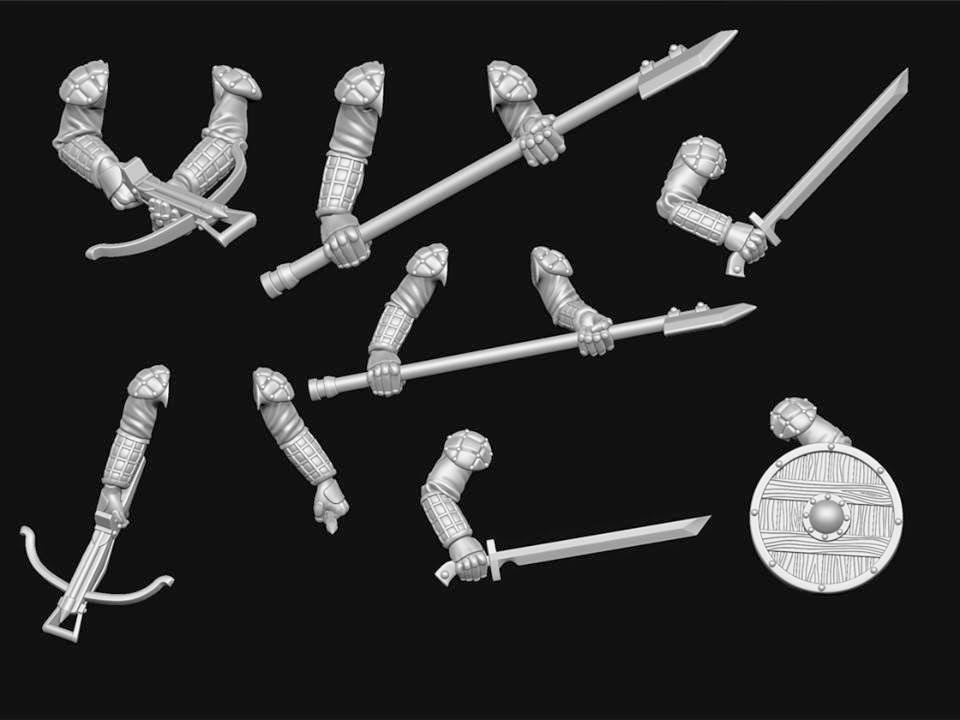 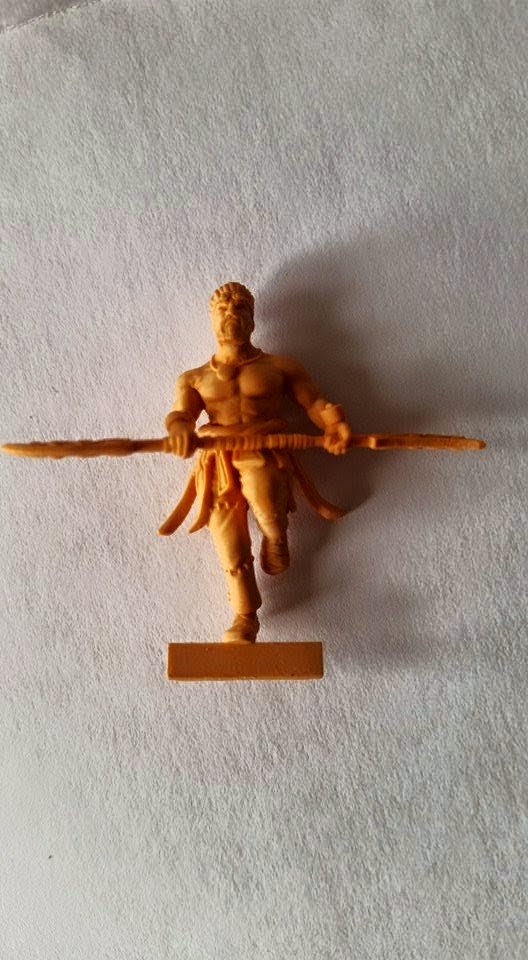