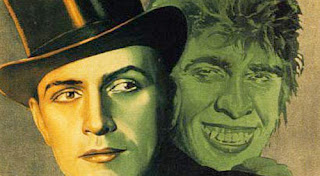 It could be compared to the Jekyll and Hyde syndrome - I am a decent bloke. Genuinely decent, I am polite, try to help others and take note of how my actions have consequences on others. Being in the Military I have a stong ethos of values and standards along with an ingrained sense of morality.

Now compare this with the armies I collect for the games I play.

Cult of Yurei - Devious and dealings with the Undead
The Savage Wave - Oni and demonic creatures. 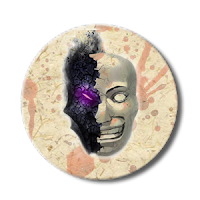 Germans - SS and Fallschirmjager (They just have cool stuff)
Japanese - Such a wonderful army to use. 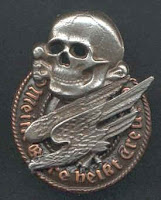 The Empire - Stormtroopers are just the coolest 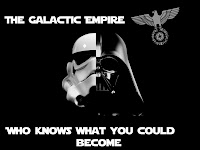 Evil Genius and hordes of minions - No Mr Bond, I expect you to die!

So as I said, in real life I am quite a decent chap, so why do I play the "Bad Guys"

Well I cant really say with certainty but maybe if we look at the face of it, if I am decent in real life why would I want to be good in a game? isnt it a stretch of our imagination to try and divert from the norm? maybe find fun and divert from reality with being bad/naughty/perverse.

Now we can also look at the two styles of games: European style which is primarily focused on co-operation and problem solving and American style which is more me Versus you, I kill you you kill me!

Although I like the European style for some games (still using forementioned bad guys) I do prefer the American. You see, I dont want to settle Catan or build a working Pipe line or gather resources for a fledgling population - I want to drive the tracks of my armoured spearhead over the skulls of my enemy, I want to steamroll the opposing forces with a flurry of steel and explosions or rip them apart with undead hordes!

Now dont get me wrong, although I like to play fast and destroy my opposition, I am not that guy! I am not beardy or cheesy and I dont play or act like an arse. I want my opponent to have as much fun during the game as I do, but just with his forces being decimated!

So why do I prefer the supposed "Bad Guys" ? Its mainly down to taste, I will play British or High Elves or the Rebel Alliance but I always drift back to the Dark Side, I just find it so damn fun and it suits my playstyle.

So what do you play? Do you swop and change or go for the Goodies or Baddies?

What would you play if money and time were no object and would you stick to your normal playstyle?

Last week saw me having a couple of games of Bushido against my friend Ben. These were his first games since the re-adaptaion of the Bushido Rules and the release of the official rulebook.

We played two games, both of the same scenario - The Idols, and Ben used his Temple of Rokan (Think Oriental Monks with kick ass moves and serenity etc) during both games. I used the Prefecture of Ryu (Samurai and Ashigaru) for the first game and then the Savage Wave (Oriental Demons - Oni etc) for the second. Mainly so Ben could get experience running his monks against different factions.

The Idols scenario is very simple, all scenarios are played out on 2'x2' board with about 6 pieces of scenery and for 6 turns. 3 Idols are placed along the centre line of the board in neutral postion and each faction has turn the Idol towards their table edge to score victory points at set times during the game. 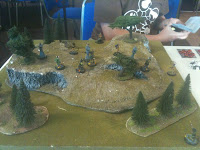 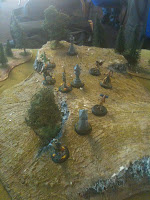 Turn 2: The Temple forces anticipate Ryu and move first this turn. Peasant (1) moves to the left Idol and then Matsu force blasts Keno for a wound. Ekusa prods his Tortoise and moves forward, chanels a load of Ki to Kenko and then makes Ryu's Yariman Contemplate his existance which exhausts the Yariman. Matsu moves to the left Idol and force blasts the Peasant near it and gets 4 wounds on him. 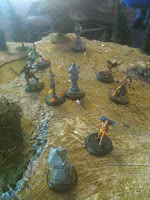 Yumi runs into Hanso and hits him for 3 wounds, Hanso returns the hurt, with his +2 Strength and a Success of 5 he wipes Yumi out of existance - meditate that hippy!! Minuro runs to get a bead on Kenko whilst Peasant (2) moves next to the right Idol and Minuro takes a shot a Kenko, using his Ki to boost, the shot hits and Kenko falls dead with a large hole in his head!

Peasant (2) turns the Idol towards Rokans deployment edge, then Hanso walks up and swings his No-Dachi, slaughtering the poor exhausted Peasant. Ekusa ambles up the hill on his Tortoise and Hiro moves to turn the centre Idol. 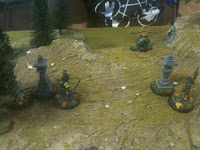 Turn 3: Ryu win the tactical roll, Yari man turns the right Idol. Ekusa accepting fate guides his Tortoise up the hill and makes Hiro Comtemplate his Existance. Hanso moves upto Ekusa and smacks him for 3 wounds. Ryu's Yari man then attacks Ekusa and only does minimal damage, Ekusa then calls on the Kami and causes 4 wounds to the Ryu Ashigaru. Yari attacks again but completly whiffs his attack roll. Ekusa in turn serenly smiles and sends the Yari mans soul into the void! 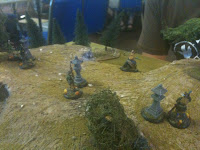 Hanso seeing his Ashigaru soldier fall finishes off Ekusa with a mighty swing of his No-Dachi.

With no Temple forces left on the table the game ends.

Game 2 - Temple of Rokan vs Savage Wave, no decent report as I just found my notes and they are awful and unfortunately the pics I took were absolute arse as the sun was blaring last week. I have added a few pics which are not too bad though.

7TV – An exciting adventure with SPECTRUM 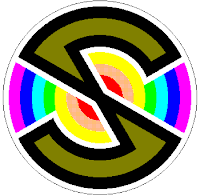 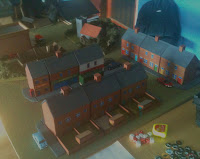 The Prologue...
Penetrating deep into the centre of Little Warbling, SPECTRUM have completed the main mission at the Universal Exports main depot, but have now been pinned down by superior enemy numbers before they can make their escape. They must hold out until the imminent relief force arrives.......if they can! 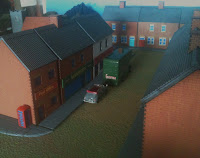 All is quiet on the streets of Little Warbling. (Terraced houses by Warbases)

SPECTRUM have set up in a 12" square in the centre of the board with the Mysteron forces surrounding them on all sides, setting up within 4" of a table edge. 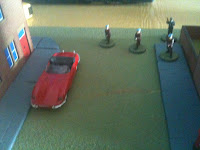 From turn 4 onwards SPECTRUM must determine if Cloudbase has sent their relief force signalling the end of the game. On Turn 4 this will occur on a 1D6 roll of 6, if the relief force does not show up you must play another turn. Each additional turn the target number will reduce by 1.

The Mysterons charge forward on all sides of Little Warbling hoping to quickly get the drop on  the SPECTRUM agents, fortunately for Captain Scarlet and his commrades they have managed to secrete themselves in the row of terraced houses and fortified the local pub.

After the mad rush of the Mysteron goons, Captain Scarlet exits the pub by the rear and takes cover in the car park, getting range on a goon who is just in the open accros the street he fires and takes him out. SPECTRUM have employed their Anti-Mysteron weaponry and no one is brought back.

Captain Orange stealthily moves towards the large bank of hedgerow and trees near the south of Little Warbling hoping to snipe the Mysteron commander. 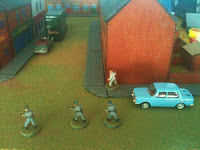 More Mysteron goons move towards the main street and a few let rip with their SMG's at the pub windows, fortunately the pub is well made and the SPECTRUM agents inside or suitably protected. Captain Ochre sights a goon hiding behind a post box and using her telescopic sight takes him out easily enough.

The Mysteron's on the north side of Little Warbling ignoring their casualties press on against the Agents in the pub whilst their Commander takes position in the house opposite. The south side Mysteron forces charge across the street taking position at the corner of the post office whilst a few let rip at Captain Orange with a lucky shot being soaked up by his body armour.

From behind the church of St Mondas more Mysteron forces appear with a pack of slavering hounds. 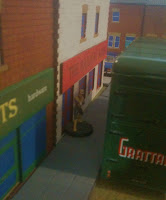 Captain Orange sights his rifle and takes a goon out whilst Captain Ochre bursts out of the pubs main enterance and wings the Mysteron Commander hiding next to the telephone box at the end of the street. Again thanks to their Anti-Mysteron weapons, no goons were retrometabolised. 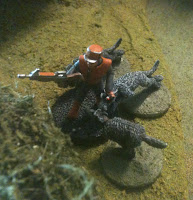 The dog handlers release their hounds and they hurtle snarling towards the unprotected rear of Captain Orange. With 3 snarling snapping attack dogs lurching at him, Captain Orange reverses his rifle and starts laying about the dogs with its butt. At the end of the swirling melee Orange is still bleeding heavily....but standling, whilst prone dogs lie at his feet.

The Mysteron Commander returns fire on Captain Ochre and wounds her whislt Captain Magenta and Scarlet charge over to the north side Mysterons and engage in combat. 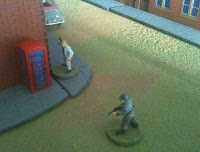 Suddenly a roar of SPV engines are heard on the outskirts of town and Angel Interceptors fly over head. The relief force has arrived and the remaining Mysterons quickly disappate with the forboding words....We kow you can hear us Eathmen, you may have defeated us this time but the War of Nerves against you will continue!!! 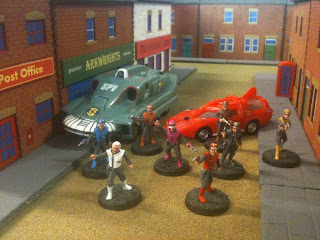 (I apologise for the attrocious photos)

GCT Studios who produce the cracking Oriental skirmish game are announcing their 6th faction, the Silvermoon Trade Syndicate. These will represent the shadowy underworld of the Jwar Isles and they will bring their own unique twist to the battlefield. If you want to know more about these new additions to the game and their background be sure to get your hands on a copy of the Bushido rulebook Here

This stunning faction and the rest of Wave 13 will be released on the 15th of August.

Back in the land of Blog

If anybody has noticed, I have been seriously unable to post or blog wargamy goodness for just over 3 weeks. This has seriously affected my geek nirvana and my karma is all out of kilter.

The reason for this haitus has been a badly infected laptop. 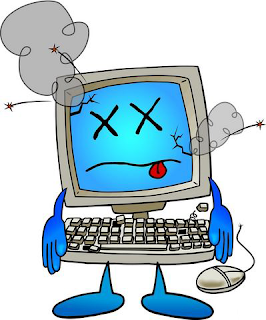 So sick has this useless piece of inanimate modern technology been, that i was considering selling some rare and expensive boardgames to pay for its resurrection. Fortunately with a few friends in the military I managed to get hold of an IT specialist and now everything is peachy.
At one point this was going to happen!!! 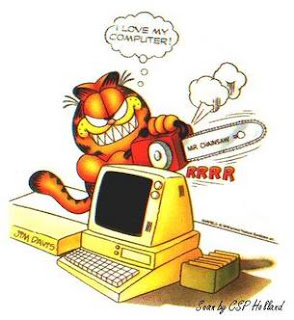