Warlord Games have recently published a new set of Fantasy Battle Rules called Warlords of Erehwon, written by the rather impressive Rick Priestly. These rules (based similarly on the Gates of Antares rules) give fantasy players a chance to game openly with any make/model/range of fantasy miniatures available.

With no direct fluff (apart from a few generic stories here and there) players are able to play their game in any setting they please using such forces as Undead, Orcs, Goblins, Elves, Dwarves, Olympians, Knights and Beastmen to name a few. 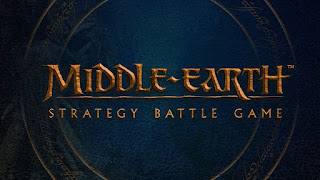 I was struggling to think of an army to use with these rules as a few members of my wargames club are looking at gaming the rules, as I don't really have any large scale fantasy armies (never really playing Warhammer Fantasy or Kings of War - and then I had a light-bulb moment!!! Lord of the Rings!

I have hundreds of old Lord of the Rings miniatures in boxes that I have not used for nearly 10 years. So off to the garage I went and after about 3 days of sorting, fixing (so many broken spears, swords etc) I have managed to put together enough forces to field.

After seeing the range of miniatures I had (which include Ring Wraiths, Dol Guldor, Arnor and more) I also decided to purchase the new Middle Earth Strategy Battle Game rules and the Battle Companies rules. I am now seriously looking to immerse myself back into some Tolkien lore and gaming.

I decided I will be putting an Elven army together for Warlords of Erehwon and Lord of the Rings first. I have pretty much everything I need with a few bits on the way - which includes a Rivendell Captain, Banner Bearer and Armoured Glorfindel.

The only miniatures I am struggling to get hold of are the Rivendell Knights as they are out of production at Games Workshop and any available on Ebay and the like are going for silly money.

Also for Rivendell I also have not bothered getting Elladan and Elrohir foot and mounted in armour yet as I have the unarmoured versions which will suffice and I have no Arwen miniature but she can wait.

For the Galadhrim, all I need really is an Armoured version of Celeborn and I think I'm good. Maybe an Ent (but that is a a way off yet)