Test of Honour - Legend of the 5 Rings Scorpion Clan Force 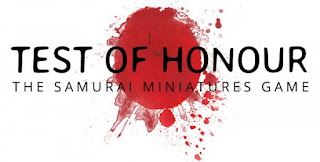 Test of Honour by Warlord Games is a skirmish game played with roughly 5 - 20 models on each side (although it is possible and feasible to upscale to larger battles) Players start with a Samurai Hero and can add upto 2 extra Samurai and a number of troops from a large pool of available types. these include Ashigaru Spearmen, Archers and Teppo (musket) soldiers, Mounted warriors, Ronin, Renegades and Masked Men to name a few.

Battles are swift and bloody as players alternate acting with one of their warriors - moving and fighting to achieve the objective of the scenario, whether that may be cutting down the enemy, defending an outpost or finding and protective a spy.

As you play through the scenarios your Samurai will use new skills, and perhaps even take the shameful path of deceit and trickery to gain victory - such choices are the ultimate Test of Honour.
*txt borrowed from Warlord Games Website.

I have been massively interested in Japanese history and Samurai warfare,and was in two minds to make my own foray into Test of Honour along the historical lines. However I also love the Legend of the 5 Rings background and thought this game and its small model count would be ideal for the warring Clans. 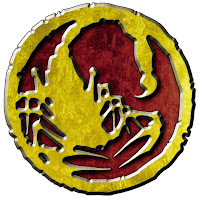 So which Clan to do. I debated between Dragon, Crane and Scorpion but what swung my decision was the Ltd Ed Geisha miniature you received via pre-ordering the game deal. This mini would make a perfect Scorpion spy - so Scorpion Clan it was.

Now my hobby time has taken a serious hit lately due to real life constraints and health issues which mean I cant paint as much as I would like and recently I have sent some stuff to the very talented Littleninjapainting, so I sent off my force and below are the results. All painting of miniatures by Littleninjapainting. All scenery, Sashimono/Nobori banner decals and basing by myself.

I am really looking forward to getting this force on the table at the end of the month at the Warring States tournament being held at Warlord Games.